WHEN you ask Dorothy Geddes’ former colleagues and students about her, it’s surprising what you hear. 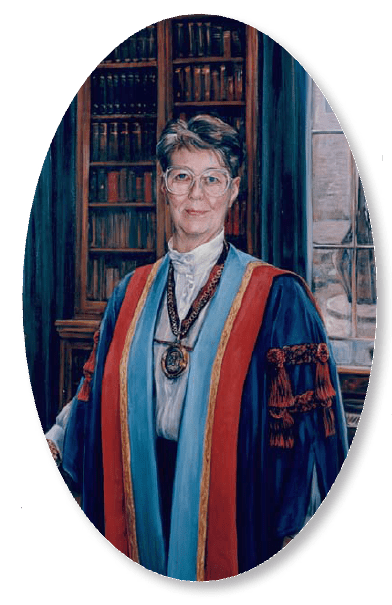 Her career in academic dentistry was distinguished by any standard and was punctuated by a series of firsts: in 1963 she was the first woman to be awarded the Fellowship in Dental Surgery of the Royal College of Surgeons of Edinburgh, in 1990 the first woman to be appointed to a chair in dentistry in the UK when she became Professor of Oral Biology at the University of Glasgow, and in 1992 she became the first female dean of a faculty of dental surgery of any royal surgical college in the UK and Ireland.

With such a curriculum vitae you might expect the backdrop to be a story of ruthlessness, a hunger for power, even a Thatcherite rise through a world dominated by men. What you hear, however, is the story of Dot – the modest, quiet woman with a wicked sense of humour, who is remembered with universal affection and more than a little awe.

Dorothy Ann Malcolm Geddes was born in Alloa and educated at Brechin High School, where her father was the rector. A career in dentistry might not have been an obvious choice for a young woman who was both dyslexic and left-handed, but it offered her the chance to combine her love of science and artistry and she overcame any difficulties to graduate from the University of Edinburgh in 1959.

She decided to specialise in oral surgery and worked first in Edinburgh and then in Birmingham, where she was a senior registrar. At the time, she could see that the prospects of obtaining a consultant post were very poor. Undaunted, she decided to change paths and change continents. She moved to the Eastman Dental Center in Rochester, New York, where she began her research into dental caries – an area to which she would contribute significantly throughout her career. She returned to the UK to take a post funded by the MRC in Newcastle where she stayed for six years before moving in 1975 to take up a lectureship at the University of Glasgow, where she would remain for the rest of her career.

Reflecting later in life on her convoluted career path she said: “No one nowadays should have such a long run-up to a consultancy as I did, but I do not consider these years wasted. I enjoyed the varied experiences and benefited from them personally and professionally.” This was characteristic of her optimistic approach to life and her dignified approach to setbacks.

As well as being a distinguished researcher, she is also remembered as an excellent teacher, but one who would not suffer fools or sycophants. One student recalls her periodontology clinic teaching where a fellow student, when asked a question, waffled on while she waited silently. At the end she said: “You don’t know the answer, do you? Have you ever considered saying: ‘I don’t know the answer?’ You are a student, I am a teacher, this is a school— I would then teach you what you don’t know or don’t understand. That’s how it works.”

She cared about teaching and taught her students their craft, but also reminded them of the importance of showing concern for their patients. One thing she emphasised early on was to write down something personal of note said by the patient at the first consultation. In subsequent consultations they then felt you remembered and knew them for you could initiate the treatment with a friendly chat.

After she took early retirement in 1995 the honours continued to be heaped upon her. She was awarded an OBE and an honorary FRCS by the Royal College of Surgeons of Edinburgh, the highest honour the College could bestow. However, her retirement, which should have been one devoted to her loves of opera, painting, gardening and cats, was to be a short one— in 1996 she was diagnosed with cancer and she died just two years later.

Just a few weeks before her death, it was with genuine surprise and customary humility that she learned she had won a major European award: the ORCA-Rolex prize for her research in dental caries and her leadership in postgraduate dental education. That she was honoured both for her research and her teaching was entirely fitting. The award citation stated that she had “inspired a younger generation to follow a career in dental research”. That inspiration continues today.

In 2012, as part of a major development of the Glasgow Dental Hospital and School, what was once an old biochemistry laboratory was refurbished at a cost of £500,000 to become a state-of-the-art multi-media teaching facility. This new suite was appropriately named the Dorothy Geddes Multimedia Laboratory in her memory.