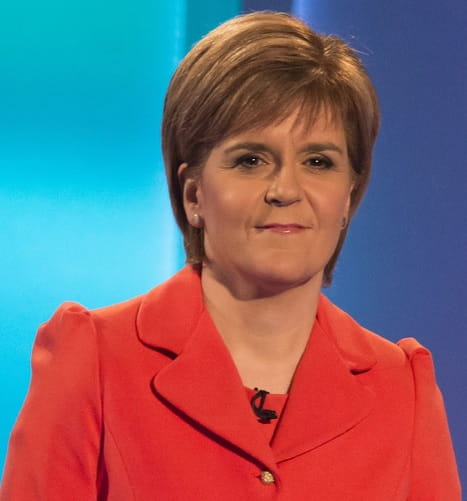 NICOLA STURGEON became an SNP MSP in the first elections to the Scottish Parliament in 1999. She began as the party’s spokeswoman for justice, later education before becoming health secretary. She led the SNP for three years before First Minister Alex Salmond was elected back to the Scottish Parliament in 2007. She has a law degree and worked as a solicitor in Glasgow before becoming an MSP.

How did you come to be health secretary? I have always been passionate about the NHS. I was shadow health spokeswoman for a time and that gave me the opportunity to find out more about the issues affecting the Scottish health service. I have family members who work in the health service and this has also given me a valuable insight into the work of the NHS.

Did you ever consider a professional career in medicine? No, I studied law at university, but although I never considered going into one of the health professions, I have always had a keen personal interest in it.

Why are you opposed to private health firms providing primary care in Scotland? My priority is to increase capacity in the NHS not the private health sector. Our health service exists to reduce health inequalities and put the patient first, not to risk increasing them by promoting private healthcare. The Tobacco and Primary Medical Services Bill will introduce a requirement that those who are members of a contract-holding body for providing primary medical services must provide services themselves – they can’t be sleeping partners. I want to make sure that GPs in Scotland continue to be part of a mutual NHS and we can achieve this by making sure that those who hold contracts have a day-to-day involvement in patient care.

How do you think healthcare in Scotland rates compared to that south of the border? Scotland is a very different country to England with different health needs – such as larger remote and rural populations – and because of this it is entirely right that the NHS reflects those different needs and priorities. However, Scotland has led the way in a number of areas, including banning smoking in public places, tackling alcohol misuse, introducing free personal care and scrapping prescription charges.

What do you see are the main priorities for Scotland's healthcare system in the next decade? Scotland is a healthier place now than it has ever been before but there is no room for complacency. Tackling health inequalities underpins all we are doing to improve the health of Scotland. Developing a healthier relationship with alcohol remains one of our biggest challenges and that is why we are taking forward a range of radical measures in our Alcohol Bill, which was published in November. We will continue our fight against Healthcare Associated Infection. Scotland’s ageing population and how to make care sustainable in the long term is also a major challenge and work is underway to address this.

Why has the Scottish government embarked upon an investigation of nofault compensation? No-fault compensation is simpler, less expensive and quicker. An expert group is currently considering whether such a scheme should be introduced in Scotland and, if so, how this would work alongside the existing clinical negligence arrangements. International evidence suggests that nofault compensation reduces the administrative and legal costs of handling claims, is less expensive and quicker in resolving cases. In New Zealand straightforward cases can be resolved within weeks, and all cases have to be determined within nine months.

If you had the power to solve one health issue today, what would it be? Eradicating health inequalities would make the biggest difference. It is not acceptable that in the 21st century the life expectancy of people in different parts of our biggest city varies by almost 20 years between the least and most deprived areas. We have already taken significant action to address alcohol consumption, prevent people from smoking, encourage active living and healthy eating and promote positive mental health. Equally Well: Report of the Ministerial Task Force on Health Inequalities has shifted the emphasis of our approach from dealing with the consequences of health inequalities to tackling the underlying causes such as poverty, employment, support for families and improving physical and social environments. Poor health is not inevitable and we should not accept it. Stamping out healthcare-associated infection would also make a huge difference and is one of my top priorities. We are working very hard to reduce rates of socalled superbugs like C.diff and MRSA in our hospitals and that is why we have invested £54 million over three years to fund a range of initiatives to tackle this problem.