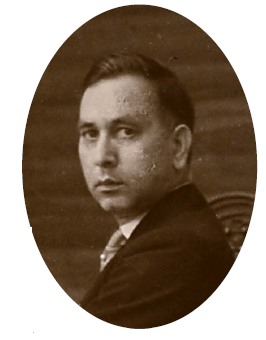 THE meeting of Mahatma Gandhi and Charlie Chaplin on the sofa of a Canning Town living room seems unlikely, but this is exactly what happened in September 1931. The sofa in question was owned by Dr Chuni Lal Katial, a London GP, and it was he who had engineered the meeting. Katial’s story is one of immigration, medicine and politics and stands as a testament to the impact one man can have on a generation.

Chuni Lal Katial was born in the Punjab on New Year’s Day 1898. He studied medicine at Lahore and served for five years in the Indian Medical Service. He decided to acquire further training in public health and tropical medicine and travelled to England in 1927, where he studied in Liverpool. Two years later, after obtaining his diploma, he moved to the East End of London where he put up his plate in Canning Town. He later moved his practice to an equally working-class area in Finsbury, North London, and it was while there that he would also realise his political ambitions.

Katial was a committed socialist and member of the Labour Party. In 1934 he was elected to the Finsbury Borough Council and rose quickly to become its deputy mayor in 1936, and then, in 1938, Britain’s first Asian mayor.

At first glance, Katial’s political ambitions may seem to have overtaken his clinical ones. However, while he was chairman of the Public Health Committee of Finsbury Council, he was able to combine the two successfully in one of the most celebrated medical projects of pre-war Britain.

His borough needed regeneration and this afforded him and others the opportunity for radical change. Katial’s vision was one of centralised, integrated healthcare and he argued for the creation of a new health centre that would incorporate, under one roof, a number of key services including general practices, a specialist TB clinic, dental services and a women’s clinic. Although commonplace today, this approach was unheard of in the 1930s.

Controversially, Katial commissioned the progressive modernist architect Berthold Lubetkin to lead the building project. A Russian émigré, whose personal motto was “nothing is too good for ordinary people,” Lubetkin designed a remarkable building, which opened in 1938.

But, the radical style of the architecture of the new Finsbury Medical Centre was only a reflection of the equally radical approach to integrated healthcare that it embodied – a concept driven by Katial that anticipated the formation of the NHS by more than a decade.

During the war, Katial worked as a civil defence medical officer, but afterwards he returned to politics and was elected in 1946 to the London County Council. In recognition of his public work, he was awarded the Freedom of the Borough of Finsbury in 1948. His later years were spent in India where he served as Director General of the Employees’ State Insurance Corporation of India. He returned to the UK in the 1970s and died there in 1978.

But what of that sofa in Canning Town? The newspapers of the day reported on the meeting which, rather than the “quiet and informal chat” that Katial had imagined and both Chaplin and Gandhi had requested, became a media circus. Katial was at the time an active member of the India League, a political organisation that campaigned for Indian self-rule. In 1931, when Gandhi visited England for talks on the future of India, Katial stepped forward and offered his services as Gandhi’s aide and even chauffeur. It was in this capacity that he was able to stage-manage the meeting in his own home.

The Daily Express noted, “Mr. Gandhi ... said he would look in about 6.15 p.m. The British public arrived about 4.45 p.m. They began by breaking the railings by accident. They were perfectly goodhumoured, but heavy on the brickwork.”

Despite the excitement, and the inadvertent vandalism, the meeting went ahead and the two celebrities apparently had an in-depth discussion on the contrasting reliance on machinery in the East and West.

Improbable as it seems today, this meeting of two of the twentieth century’s most famous men in an East End house was a perfect example of Chuni Lal Katial’s approach to his life and work. Whether it was building not one but two careers in a foreign, and probably not always welcoming, land, or crafting a new approach to healthcare or even political matchmaking, Katial got things done. He was energetic, enthusiastic and passionate about his causes, and as his legacy we have a remarkably modern approach to healthcare that he not only championed, but also made a reality in Finsbury, before the outbreak of the Second World War.

Katial will always be remembered as Britain’s first Asian mayor, but we should not forget that he was also a remarkable pioneer of modern public health.