...The patient accuses the surgeon of failing to properly clean and dress his wife's wound, leading to fatal sepsis... 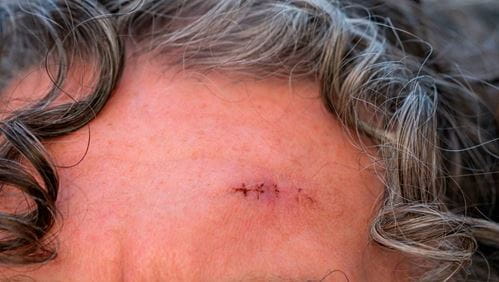 Mrs G, 67, has been consulting her dermatologist about a lesion on her forehead. It is found to be skin cancer and it is agreed it should be surgically removed. She is referred to consultant oral and maxillofacial surgeon Mr C who successfully excises the lesion under local anaesthetic. The wound is sutured and the patient is given antibiotic cream to apply three to four times daily.

Mr C is informed by his Trust that a complaint has been made against him regarding his post-operative care of Mrs G. It transpires that the patient was readmitted to hospital six days after her surgery and sadly died of sepsis. Her widower is accusing the surgeon of failing to properly care for Mrs G’s forehead wound, saying he “didn’t even bother to put a bandage on it”. Mr G claims the wound was left “open”, which exposed it to bacterial infection, leading to the fatal sepsis. The Trust’s complaints manager asks Mr C to write a statement detailing his treatment of Mrs G to assist the Trust in investigating and responding to the complaint.

Mr C writes a draft statement and asks MDDUS for help in reviewing it before submission. In broad terms, it describes how the surgery on Mrs G went as expected and that the lack of a dressing was “standard practice” amongst most surgeons for facial wounds. Applying a dressing, he explains, can be very difficult on areas of the face that have hair or are prone to sweating.

Mr C says the wound was not left open as he used “interrupted sutures”, thus enabling clinicians to visualise the patient’s wound. Mr C notes that, following the surgery, a number of other doctors saw the patient and none noted any evidence of infection on the wound, such as tenderness or redness.

A medical adviser reads the statement and makes a number of suggestions.

Specifically, Mr C is advised for the purposes of responding to the complaint to avoid commenting on any treatment the patient may have received from other clinicians (e.g. the results of tests ordered by her GP, references to which clinicians saw the patient and when). The surgeon should comment only on his own involvement.

He is encouraged to provide as much detail as possible regarding the usual management of post-operative wounds and to explain any technical terms (e.g. what he means by “interrupted sutures”).

He should also include in his statement a note of any instructions that were given to the patient after surgery with regards to wound care, signs to look out for in relation to infection, and any other safety netting advice he recalls giving. This should include any information leaflets that he would routinely give to patients.

Mr C updates his statement and submits it to his Trust’s complaints management team. The Trust response is sent to Mr G and the matter is taken no further.