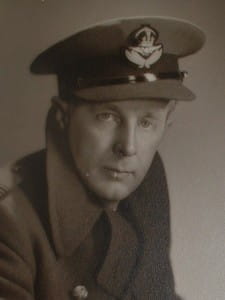 DESCRIBED as quiet and reserved with a powerful handshake, John W. Thompson’s voice was deep but his accent difficult to place. Indeed, if asked where he was from, he might have struggled to reply. Born in Mexico, his father was American and his mother was Mexican/Scottish. He was raised in California by Scottish relatives and, after attending an American college, went to medical school in Edinburgh. He worked as a psychiatrist in Scotland and the US, and when war broke out he moved to Canada, where he was commissioned in the Royal Canadian Air Force.

Early in 1944, he became medical liaison officer of the Joint Services Medical Intelligence Organisation. The following April he joined the forces liberating the concentration camp at Bergen-Belsen, Germany. What he witnessed there would change him forever. Of the 53,000 inmates, 13,000 would die of starvation and diseases such as typhus in the weeks after liberation.

He spent months working with the survivors in unimaginable conditions, and managed through forged documents to have older women inmates transferred to care in France. In September 1945, Thompson was assigned to investigate German wartime aviation research with a British army intelligence group. For three months, he and his team interviewed researchers and examined thousands of documents. What quickly became apparent was the underlying abuse and inhumanity of the research that had involved human participants. Thompson categorised these as “medical war crimes”. By December 1945 Thompson presented his startling conclusion to the British War Crimes Executive at Nuremberg that most German doctors at the highest levels were involved in unethical research.

He worked tirelessly to bring those responsible to account. To this end he liaised closely with Colonel David Marcus, the American chief of the War Crimes Branch in the US military whom he convinced to go forward with what would become known as the Doctors’ Trial in Nuremberg.

In 1946, before the trial, Thompson convened a conference in Paris on “medical war crimes, the importance of informed consent, and ways to protect human research subjects.” At that conference it is thought the groundwork was laid for what would later become the Nuremberg Code. During the trial itself, Thompson attended as an observer and consulted throughout with the two expert medical witnesses Andrew Ivy and Leo Alexander. Ivy and Alexander are generally credited with the creation of the Code, but Thompson likely also played a pivotal role.

As a devout Roman Catholic convert, Thompson lived a life of devotion and observance. He spent time in the 1950s living in a religious community near Paris called Eau Vive that he helped to develop. He also returned to work as a psychiatrist in New York in 1959. There he devoted much of his time working with patients who were deemed incommunicative, spending hours sitting with them on the floor in non-verbal communication. Thompson viewed the whole of New York City as a “vast asylum” where, “The Bowery is the open ward and Bellevue the closed.”

He also served with UNESCO in Germany and as a result of his various roles his address book read like an international Who’s Who with names such as German chancellor Willy Brandt, the poets TS Eliot and WH Auden, the educationalist Maria Montessori and even a Pope, John XXIII. He was well connected and continued to use his influence to effect change.

His religion brought him solace but never contentment. As he grew older he said he looked forward to death as, “immersion in the sea, absorbed by the infinity of being.” In 1965, while snorkelling in the Caribbean, he swam away from his friend and was later found dead in the water. Whether it was an accident, suicide or something in between we will never know. What we do know is that Thompson was a man of conviction and compassion, a gifted physician thrust into the depths of atrocity. And we also know that his contributions have all but been forgotten, yet his biographer writes that “he must be counted among the saints of his century and of medicine, a person who could confront horrors that others ignored and devote his life to rectifying them.”

Allan Gaw is a writer and educator from Scotland