...Mr K receives a speeding ticket but is unsure whether he is required to inform the GMC... 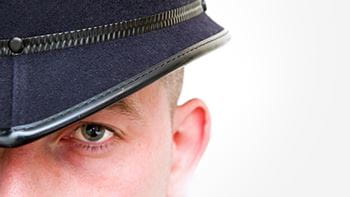 A consultant surgeon – Mr K – contacts MDDUS in regard to a recent speeding ticket. He was clocked going 55mph in a 30mph zone and has now received a letter from the local constabulary informing him of the charge and that the offence cannot be dealt with under a conditional offer of fixed penalty. The matter has now been referred to magistrates’ court.

Mr K asks for advice on the requirement to notify the General Medical Council (GMC).

An MDDUS medico-legal adviser confirms that Mr K should inform the GMC as he has been charged.

The adviser also suggests that in the meantime it would be helpful for Mr K to prepare a report detailing what happened on the day he was caught speeding. He is asked to include why was he travelling at that speed, along with a reflective report detailing what he has learned and how his behaviour has changed as a result of the incident.

Mr K later receives a letter from the GMC confirming the requirement for doctors to inform the regulator of any motoring offences which lead to a conviction in court but that such matters are generally not investigated. The letter states that the details provided by Mr K do not indicate any aggravating factors present in this case and further investigation is not required – therefore the self-referral is closed with no further action.