...Dr K had a few glasses of champagne early in the evening and assumed she was fit to drive...

These case summaries are based on MDDUS files and are published here to highlight commons pitfalls and encourage proactive risk management. Details have been changed to maintain confidentiality. 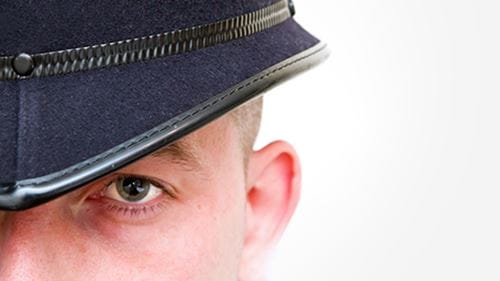 Dr K is a young dental associate and contacts MDDUS in regard to an incident at the weekend. She had been at the wedding of a friend and had a few glasses of champagne. Later that evening on the drive home she was stopped at a police checkpoint. She was breathalysed and found to be over the prescribed alcohol limit and formally charged with drink driving.

Dr K is aware that she must inform the General Dental Council (GDC) in regard to the incident and asks MDDUS for assistance.

An MDDUS adviser discusses the matter with Dr K and drafts a letter on her behalf informing the GDC of the charge and her intention to fully engage with any investigation instigated by the regulator.

A few weeks later Dr K receives a letter from the GDC detailing its initial consideration of the concern. They request information regarding her employment, proof of indemnity and a medical reference from her GP, in particular if there are any significant physical or mental health issues that might impair her fitness to practise. The letter also informs Dr K that the GDC will be writing to her employer in regard to the matter.

Two months later Dr K receives a Rule 4 letter from the GDC stating that her case will now be passed onto two case examiners who will come to a decision on how to proceed. Either the case will be closed or the GDC can take a range of actions from issuing a letter of advice to recommending a formal public hearing on the matter. The letter further invites Dr K to provide her comments on the incident so that the case examiners can take these into account in coming to their decision.

MDDUS drafts a formal Rule 4 response in consultation with Dr K. The letter first provides details of her training/professional background and unblemished record, with no substantive complaints at local level. It then offers a summary of the events leading up to the incident. Dr K had a few glasses of champagne early in the evening and had assumed that she was fit to drive. The measured level of alcohol in her system was not excessively over the limit. Dr K pleaded guilty to the charge in magistrates’ court at the first opportunity and paid a fine.

In mitigation, the letter points out that the magistrates’ court did not revoke or add points to Dr K’s driving licence. The conviction also records that Dr K has had no previous reprimands, warnings or cautions.

The response letter draws attention to the report by Dr K’s GP stating that she “does not have any significant physical or mental impairment affecting her fitness to practise as a dental professional”. It further states that Dr K is truly remorseful in having made this error, and appreciates that she should not have been driving on the night in question. She has now reconsidered the GDC’s professional standards and has reflected how her error was not in keeping with those standards. The letter also points out that the incident will be a matter of discussion in her next practice appraisal.

Three months later the GDC writes to Dr K informing her that the case examiners have decided to close the case with a published warning, which will be displayed as part of her online entry to the register for a period of six months. The determination is also sent to her employer – and MDDUS provides assistance in dealing with this as an NHS disciplinary matter.