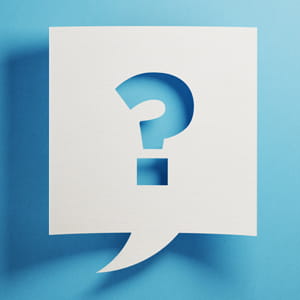 IN previous articles we have considered some things said by dentists: “I can only do things one way…”, and “if it happened again, I would do exactly the same thing…” It’s more unusual to hear a dentist say: “I don’t know”. But these three simple words express an important concept in communicating effectively with patients.

This is not “I don’t know” because I was asleep in the lecture at dental school, nor does it suggest a lack of knowledge or expertise. It is because in some circumstances, definitive conclusions and diagnoses are not easily arrived at when faced with conflicting information.

When patients present with problems we listen carefully to the history, we pay attention to the description of pain, its character and duration, and all the associated details. In most cases, we are able to form a fairly clear view without even looking in the patient’s mouth, and perhaps with the benefit of some targeted questioning of what is happening we are able to come to a likely diagnosis or possible diagnoses. It is then a matter of confirming the clinical picture with a careful examination, conducting tests and exposing radiographs if necessary, to identify the tooth and confirm the diagnosis. It is then a straightforward matter of consent to provide the patient with all the necessary information to allow treatment to be decided upon and carried out.

Occasionally, however, we are confounded by vague or conflicting information, where the patient’s description is perhaps perfectly clearly stated but nevertheless does not suggest a clear diagnosis or does not match the clinical picture or is not confirmed by tests, which are perhaps equivocal. Sometimes the diagnosis might seem clear but which tooth is affected is not. Examples would be a stressed pulp or grumbling irreversible pulpitis, or a cracked tooth. Patients with pain of non-dental origin are another group for whom the diagnosis may not be easy and only arrived at through a process of elimination.

Often, in time, the symptoms become more precisely defined and the clinical picture becomes much clearer. Many dentists will have suffered the embarrassment of struggling to resolve a patient’s pain, only for the patient to visit another dentist a few days later who makes the diagnosis straight away as “obvious.”

The difficulty is that, as dentists, we are used to dealing with patients' symptoms effectively and usually straight away, first time. Patients are also used to that, and if it does not happen then confidence can be lost and the patient may begin to have concerns about the dentist’s ability.

As a general principle, an explanation given in advance of treatment tends to be appreciated as the mark of an experienced clinician who understands the clinical picture, recognises the difficulties and knows how to deal with them. The same explanation given after the event tends to be regarded as an excuse. The patient will think either they had a simple problem and the dentist made a mess of it, or the dentist doesn’t recognise a difficult problem when they see one. Neither is helpful to a good patient-clinician relationship.

In the face of an uncertain diagnosis it is wise to avoid irreversible treatment too soon, although as the case progresses it might become inevitable. The important thing is to engage fully with the patient, to “carry them with you”. They must understand your thought process and that, potentially, their problem is not going to be resolved quickly, with persisting or even worsening symptoms. The patient must understand the risks of not doing enough and facing persisting symptoms, or getting it wrong and treating the wrong tooth without any benefit.

The patient should understand that there are a range of possible diagnoses, perhaps from quite trivial matters requiring minor treatment to extensive problems with significant consequences in terms of treatment and cost. They must know that you will start at the least invasive, most reversible treatment choice before getting to irreversible end of the scale (e.g. pulp extirpation or extraction). This allows them to become closely involved in the treatment choices.

It is also important to have a very detailed pain history recorded in the patient’s own words, and of course you must carry out a thorough clinical examination. You may need to examine a broader area than in the case of a more well-defined/obvious clinical problem. Consider testing a number of adjacent teeth, not just those most likely to cause the problem, and (very importantly) record all positive and negative findings. Take appropriate radiographs and look at them carefully.

If the patient returns with no improvement, it is wise to go through the whole process again and not assume that the clinical picture and test results will be the same as before. Keep detailed records so if challenged later the uncertainty in the clinical picture will be obvious.

An acknowledgement of “I don’t know” is essential to developing judgement. We should not be anxious about saying it to patients.