The apocalypse and other tales 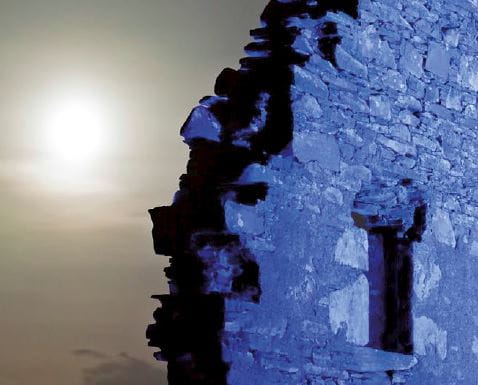 WHEN Dr Rob Ewing is not working as a GP in Edinburgh he’s imagining himself as a 10-year-old girl on a post-apocalyptic island, an anorexic woman in Victorian-era London, or perhaps as a terminally ill patient attending a pantomime. That’s because outside medicine, he takes on a different role, as an author.

It was when the award-winning writer, who won third prize in the Costa Short Story Award 2016 for The Persistence of Memory, was studying medicine at university that he began to write, and found his "other" calling.

At one point the father-of-three, who is originally from Falkirk, considered giving up medicine for writing, but decided he could successfully combine both.

"Medicine allows you a lot of latitude in terms of what you can go on to do," he says. "In general practice I like people and the communication side of it, plus you never know what you are going to get from one day to the next."

In fact his chosen vocation has been a source of inspiration. He says: "A couple of my stories were loosely based on patients I’d met (anonymised, of course). The first novel I ever wrote, for instance, was about a young woman called Euphemia (the Victorian-era anorexic), who travels from Scotland to see Professor Gull in London, one of the first to describe anorexia."

As his interest in writing grew he switched from full to part time GP, working six sessions a week to free up more writing time. And in 2016 his third novel, The Last of Us, was published by Borough Press. It follows the story of a group of five young children on a remote Scottish island who are the sole survivors of a pandemic. Combining elements of Lord of the Flies and Station Eleven, it has been described as "bleak, beautiful and gripping" by bestselling author Ian Rankin.

The inspiration for this dark tale came from a two-year stint living and working on the island of Barra in the Outer Hebrides (population ~ 1,200) with his GP wife Karin, and their three children during the 2009 swine flu outbreak.

"The place is so empty, you forget other people are there," he says. "One day my kids and I were out walking and they were way ahead on their own. I thought to myself, ‘what would happen if they were left on their own?’ and ‘how would they cope?’ It wasn’t until a year later when we left the island and came back to Edinburgh I began writing the novel." 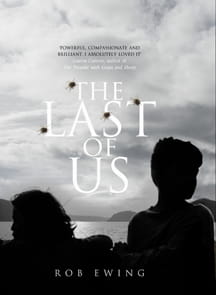 The Last of Us sold well – a few thousand copies – but Rob is keen for his next book to be a much bigger success. He is currently awaiting feedback from his agent on a novel he finished earlier this year which he describes as "the type of book I wanted to write".

"For my next book, I have got to have a success," he says. "It’s about a drug that cures people who are psychopaths, which instead turns them hyper-empathic – they care too much, and they feel other people’s pain. I have got into the heads of four people: four quite extreme characters.

"It might not see the end of the day, so I have already started on to my next book. Part of the enjoyment for me is the process, so I am pretty happy."

As a creative child with aspirations of becoming a comic strip artist, it was perhaps a surprise to his family when Rob decided to pursue a medical career.

He explains: "I recently read an article about the 'reparative urge' (when illnesses occur in a close family member and influences a person’s career decision) – but that wasn’t the case with me. My mate Jamie went to medical school and had a great laugh, so I basically did what he did."

It was equally surprising when it came to chasing a book deal and becoming a published author as Rob did not come from a family of avid book-readers and admits to being "a very bad writer for a long time".

He says: "It took me a long time to get good at writing. Early on, I had no insight into how bad I was but the resounding silence that came back when I sent out short stories kind of told me.

"It took me a while to become readable, never mind publishable. I am not sure I am even there yet, there are still some things in fiction that I struggle with."

On average, Rob takes around a year to complete a novel and then another to edit it. He says he loves to “get inside” his characters’ heads, rather than write dispassionately in the third person as the narrator.

"The further it takes me from my own life the better," he says. "I would struggle to write about a forty-something-year-old man: but give me the character of a 10-year-old kid, or a woman, and I can ventriloquise."

Now an urban GP with a special interest in dermatology, his day-to-day duties are in stark contrast to the varied and often unpredictable work in rural Barra.

He says: "There, we had an A&E and we saw a lot of people out of hours, there was more obstetrics too. You have a 24/7 responsibility, unlike the cooperatives operating in cities like Edinburgh and Glasgow. It’s all-consuming, but the flipside is that it is less busy, and I really liked it. You experience everything from road traffic accidents to someone phoning your home number at 3am to say they can’t sleep."

In between striving towards his writing goal of getting published for a second time, he is also planning on going back to being an A&E doctor, something he enjoyed on Barra, and something he considers a "great anecdote generator".

For would-be writers, he says: "If you enjoy writing and it doesn’t matter if you get published or not, do it. Do it for the love, not the money."