Reflective practice should not be viewed as a threat 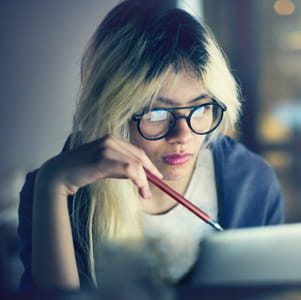 REFLECTIVE practice is not only essential in improving patient safety but can also provide "protection in the event of criticism of a doctor’s actions" and should not be viewed as a threat, says Dr John Holden of the MDDUS.

MDDUS recently submitted a detailed response to the GMC’s Review of Gross Negligence Manslaughter and Culpable Homicide chaired by Leslie Hamilton. Some doctors have expressed concerns that notes made while engaging in reflective practice might be used against them in potential judicial or professional conduct proceedings.

Joint head of medical division, Dr Holden said: "Reflective practice is an essential part of maintaining and improving patient care, as well as helping a clinician’s self-development. Those who reflect on their everyday practice are considered to be insightful.

"MDDUS has advised its members for many years to engage in reflective practice. We believe that this raises standards, ensures doctors meet their regulatory obligations and can provide a degree of protection in the event of criticism of a doctor’s actions. Furthermore, reflections promote patient safety.

"Doctors are professionally obliged to engage with reflective practice. The GMC reminds doctors, in Good Medical Practice and its guidance on Continuing professional development and Leadership and management for all doctors, to reflect regularly on their performance and professional values.

"Medical professionalism requires that doctors learn from their experiences and put patient safety, care and quality improvement first. It is important that doctors are able to reflect honestly and openly without fear of it being used against them and MDDUS liaises closely with stakeholders to protect its members’ interests.

"The UK Conference of Postgraduate Medical Deans (COPMeD) and the Academy of Medical Royal Colleges (AoMRC) stated their agreement (in February 2018) that ‘doctors need to reflect and learn from experiences, both positive and negative, as part of the essential ongoing development of medical professionals’.

"MDDUS strongly recommends that doctors follow authoritative guidance and in the light of recent cases welcome the initiative of the General Medical Council (GMC), AoMRC, COPMeD and the Medical Schools Council who jointly announced in May 2018 that the four organisations will work together to develop guidance on reflective practice, which will be co-branded when published later in the year."