In the middle of a chain reaction!

Missed or delayed referral is a key factor in a significant percentage of MDDUS cases. Here risk adviser Alan Frame "drills deeper" into the statistics 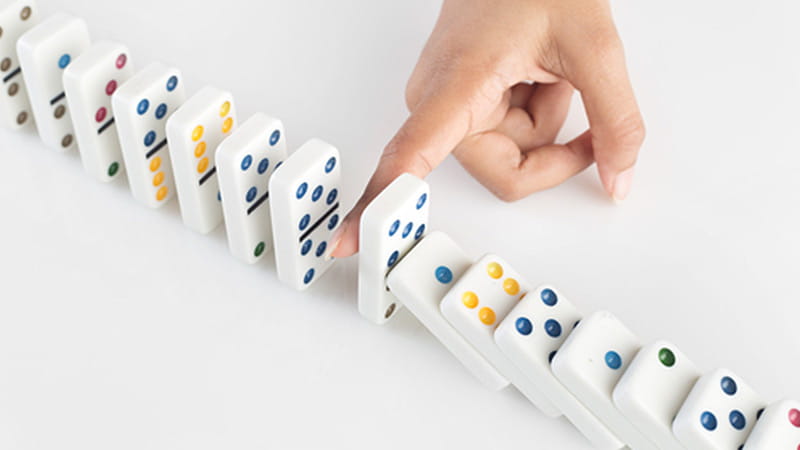 RECENT MDDUS analysis has highlighted key causes of loss in medical negligence cases. The headline figure for the primary care sector is that the diagnosis and investigation of presenting symptoms and conditions to GPs accounted for 67 per cent of all intimated claims.

Drilling deeper within this data reveals a major cluster of claims involving a delay or indeed a complete failure to organise appropriate tests, or to refer the patient for a second opinion or specialist input. These types of events accounted for around 30 per cent of the total claims analysed, making it our single largest category of cause of loss.

So, are there any discernible patterns or causes evident? Of course, one of the better known red flag scenarios in this category relates to failures in the assessment or referral of suspected meningitis in children. This is a common example of a primary care claim that can soon reach multi-million pound settlement proportions, especially in cases where a child survives but requires a lifetime of intervention and support.

However, there are many other issues at play within the primary to secondary care referral chain. One of these relates to the systems of work within the practice that can lead to delays or even prevent a referral being made.

Why are delayed diagnosis cases important? Well, the perhaps predictable outcome of a delay in referring a patient for specialist opinion or further tests can be a poorer prognosis, giving rise to the so-called “lost chance claim”. In these cases it is often alleged that, “but for” the failure of a doctor to refer timeously or appropriately, the expected outcome would have been more favourable. Invariably, such claims require expert analysis to establish whether the doctor’s actions were in accordance with a body of reasonable medical opinion, and, if not, whether the delay led to a poorer outcome.

One case that clearly illustrates defects in systems of work involved a delay of nearly a month between a patient’s GP consultation and a referral being made.

Here, a 10 day family bereavement absence prevented the GP from promptly dictating the referral letter after the initial consultation. On her return to work, a heavy workload delayed it a further week, and it was then another week before it was transcribed and actioned within the practice.

The patient had originally presented with a suspicious growth on his throat and, during the GP’s absence, he made an appointment with another GP at the practice. This second GP upgraded the patient’s referral to “urgent” as local lymph node involvement had been detected on examination.

The practice subsequently identified shortcomings in their ability to deal with a sudden absence of one of their doctors, discovering there were no protocols in place to manage outstanding administration for previously seen patients.

New procedures were implemented to ensure that all outstanding administration procedures and action points made by a doctor were addressed, including realistic targets and timescales for urgent and routine referrals. This would allow the practice staff to take any necessary action.

The practice also addressed concerns regarding patients being managed concurrently by more than one GP. Measures were put in place to identify and review these cases to ensure that any key assumptions are not misplaced.

The above scenario provides an example of a practice that lacked the appropriate procedures to manage unexpected eventualities. The remedies they implemented addressed that issue and then further addressed the potential referral problems that can arise when more than one clinician is involved in a single episode of care.

MDDUS Risk Management will be launching a new video presentation on this important area of delayed and missed referrals in September 2015, which will explore this particular case in more depth. This new module will also analyse a claim where a GP’s decision to make a routine rather than an urgent cancer referral came under significant scrutiny.

As always, members’ thoughts and input on this subject area are very welcome.

The results management chain is an area where we regularly see things going wrong. Significant patient harm can occur, often due to a failure to manage test requests effectively leading to delayed or missed diagnosis and treatment.