Ok so we’re well into February now. All those New Year’s resolutions have probably been broken, the exercise DVD chucked in the bin and the attempt at an alcohol-free January just a distant memory. We comfort ourselves in our failure to be fitter, slimmer and healthier by realising that we are only human and despite our best intentions some changes just aren’t sustainable. 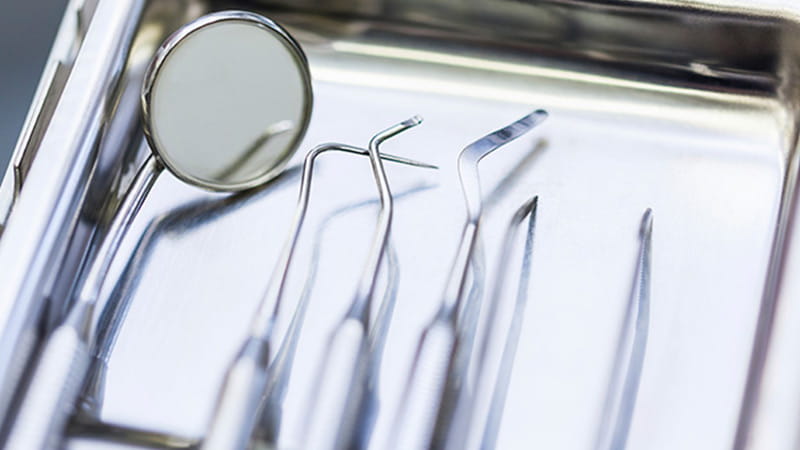 Okay - so we’re well into February now. All those New Year’s resolutions have probably been broken, the exercise DVD chucked in the bin and the attempt at an alcohol-free January just a distant memory. We comfort ourselves in our failure to be fitter, slimmer and healthier by realising that we are only human and despite our best intentions some changes just aren’t sustainable.

But is that the case for professional resolutions? What about the changes that we should be making to our professional practice, not just at New Year but constantly? We are all acutely aware of our GDC requirement to undertake hours of CPD every year, but how many of us actually change our practice once a new technique or material is out there? How many of us get stuck in our ways and still do things the way we were taught in dental school? Of course that might be fine if you’re a young thing but for the more mature practitioner out there it’s amazing how many still carry out treatment in the same way we were taught last century.

Every year we look at the type of cases that we assist members with and analyse the type of dentistry that has been most likely to give rise to a claim for compensation. Implants and restorative cases involving laboratory work incur large claims – mainly because when they fail they are expensive to put right – but incidents arising as a result of other, more routine dental treatments add up to a significant level of costs each year. Almost a quarter of our claims last year involved endodontics. Not just complex endodontics requiring microscopes and specialists but everyday routine single-rooted endodontics can become as much of a pain for the dentist as the patient. It’s certainly true that endodontics requires a steady hand and is often challenging to do well, but why the number of claims?

Well, it seems there were a fair number of hypochlorite injuries to deal with. A lack of rubber dam meant some patients were gargling with it instead of it disinfecting their root canals. Others had undiagnosed perforations, while a lack of a leur lock syringe (or similar) and a firm squirt of the syringe meant that some unlucky folk ended up with extensive painful swellings in a variety of facial sites. A lack of a good quality X-ray before embarking on endodontics caused a few problems such as failing to identify lesions in adjacent teeth, some canals were so bent that they were unlikely to be treated successfully by anyone and extensive decay in the crown of the tooth which was never going to be successfully restored. By far the biggest problem appears to be assessing and recording the working length of each canal. This can be done either with an X-ray or an apex locator, but it needs to be done. It’s astonishing how many cases we have where a dentist claims their years of experience gives them the ability to feel the apex of the tooth, only for them to wince when the final X-ray shows the ID canal obturated with a well-condensed root filling…ouch!

So if, like me, your other resolutions have already failed this year, perhaps there is something you could change easily. Maybe a CPD course, a practice meeting or a chat over a pint with colleagues to discuss your current endodontic treatment might just provide a spark for some tweaks to your current endodontic techniques. Surely it’s easier than all those sit-ups or avoiding chocolate for evermore?