Risk: What do tape measures and chickens have in common?

Psychologists have identified several reasons why as humans, we may make mistakes in our thought processes, even when we possess the knowledge and have the ability to think correctly. 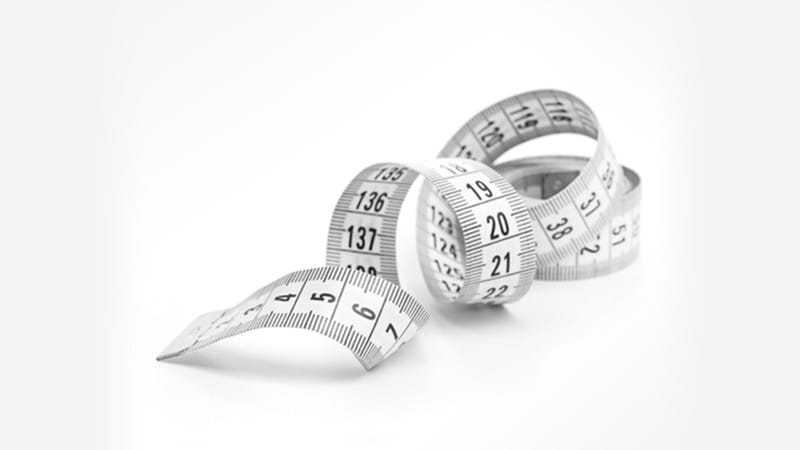 In my previous blog ‘Errors in diagnosis and why doctors make them’, I highlighted a predominance of diagnostic errors in MDDUS GP claims and why ‘thinking errors’ in the form of ‘cognitive biases’ are often involved in these.

Psychologists have identified several reasons why as humans, we may make mistakes in our thought processes, even when we possess the knowledge and have the ability to think correctly.

It’s fair to say that the blog created quite some interest and comment, so I thought it would be worthwhile exploring this further, looking at actual MDDUS claim files where these types of thinking errors can be found.

First of all, here’s a summary of the case:

An overweight lady, on the contraceptive pill presents at her doctor complaining of pain in her left calf. GP A is unsure of the diagnosis, but appears to consider and eliminate from her concern a possible deep vein thrombosis (DVT). The patient then consults GP B at the same practice seven days later. She now also complains of chest pain on deep inspiration. GP B treats the patient with a non-steroidal drug and sends her on her way. Later that same evening an out of hours doctor suspects a pulmonary embolism and admits her to hospital. The diagnosis is confirmed and fortunately the lady is treated successfully and makes a full recovery.

An allegation of medical negligence was subsequently made against both GPs A and B, claiming that they failed to note the gravity of the situation and that such a failure was not reasonable.

An MDDUS expert witness was asked to review the care provided. The patient was both overweight and on oral contraceptives, both known risk factors for DVT. Our expert noted that GP A, while having no specific recall of the consultation, was sure that she would have considered a DVT as a possible diagnosis as she had taken and recorded a measurement of the calf circumference in each leg. She was apparently reassured that the circumferences were equal and that there was no heat, redness or oedema present. There was a rash noted on one of her feet but it was not recorded on which one.

Importantly, in her record of the consultation, GP A did not say what she considered to be the diagnosis, or if she even had a working hypothesis. Our expert also observed that with ”even the most careful clinical examination of a patient such as this, it is very difficult to exclude a DVT by examination alone, and that most ordinary competent GPs should know this”.

Our expert considered that GP A would have been wise to arrange for the patient to be assessed that day at the local hospital.

He also expressed ”some surprise” that GP B, seven days after the initial presentation, did not immediately fear that the lady had suffered a DVT and then a pulmonary embolism. He remarked: “What else would give rise to a sore calf and later pain in the chest on inspiration?”

Later the same evening the patient contacted the out of hours service. A history of pain in the left side of the chest and light-headedness, preceded by a painful calf of one week duration was noted. This immediately raised the suspicion of a PE and the patient was admitted to hospital. A CTPA revealed a large thrombosis involving the bifurcation of the pulmonary artery. The patient was treated with anti-coagulants and made a good recovery.

Our expert concluded that he did not feel GP A could be defended. There was a probability that the patient had a life threatening illness when first seen by her. She would have had no difficulty in arranging for an urgent hospital admission, at which time it was likely that a DVT would have been diagnosed. It was also difficult to understand why GP B did not make the diagnosis either seven days later, and noted that the out of hours doctor found no difficulty in coming to the correct diagnosis a few hours later.

So, what can be learned from this case? A more obvious and tangible factor was the lack of detail in the consultation notes which could have helped evidence the doctor’s thinking and decision making, perhaps providing a more robust defence. Much like many other claims we deal with, however, GP A in particular was left reliant mainly on memory recall.

But were there any ‘thinking errors’ at play during the consultations by both GPs A and B?

GP A apparently considered a diagnosis of DVT at the initial consultation. She seemed to recall this from memory and it is supported by evidence of her taking calf measurements. But for some reason this was discounted. What reassured her? Was it the uniformity of the measurements, the lack of any apparent heat, redness or oedema?

Our expert witness quickly identified significant risk factors in the patient that should have set alarm bells ringing. So, was there an issue with an inadequate history which would have flagged up the likelihood of a DVT before any physical examination actually took place? We will never know in this particular case, largely due to the doctor’s poor memory recall and an absence of any reference to history taking in the consultation notes.

We can only apply conjecture to why this may have happened. In my previous blog I mentioned ‘confirmation bias’ as a common thinking error. This is where the doctor may look for evidence to support a preconceived opinion or notion.

Closely related to this is the concept of ‘premature closure’, which is similar in nature but involves more of a ‘jumping to a conclusion’. i.e. did the equal calf circumference measurements rule out the option of a DVT in the doctor’s mind?

This has also been described elsewhere as ‘counting chickens before they are hatched’.

Doctors typically generate several possible diagnoses early in their encounter with a clinical problem. ‘Premature closure’ can occur when a conclusion is reached before it has been fully verified. The tendency to apply closure to the problem-solving process can result from vivid presenting features that may be convincing for a particular diagnosis, or by anchoring on to salient features early in the presentation. 1

It has been suggested that premature closure may also reflect some laziness of thought and a desire to achieve completion, especially under conditions of fatigue. Whatever the reason, premature closure tends to stop further thinking.

Quite why GP B did not realise the potential of a PE when confronted with a patient presenting with chest pain on inspiration is open to conjecture also.

Poor record keeping and an insufficient emphasis on the possibility of an existing DVT from the consultation with GP A seven days earlier may certainly be a mitigating factor, but did GP B take a full history himself, or was he instinctively prepared to rely on his colleague’s previous findings?

In any case, the out of hours doctor later the same night immediately realised the gravity of the situation and, by acting promptly, the patient was treated and made a full recovery.

This case I think illustrates the importance of taking and recording as full and accurate a history as possible, before considering what your diagnosis may be, and this represents advice that we would be keen to stress to all newly qualified and trainee GPs.

As always, it’s impossible to go into great detail when analysing cases in a short blog format, but I hope this highlights some areas where thinking errors can interfere with making an accurate diagnosis and formulating a realistic and safe treatment plan.