A recent BBC health news headline trumpeted that doctors in Britain are “missing opportunities" to spot lung cancer at an early stage, meaning one in three people with the disease dies within 90 days of diagnosis. 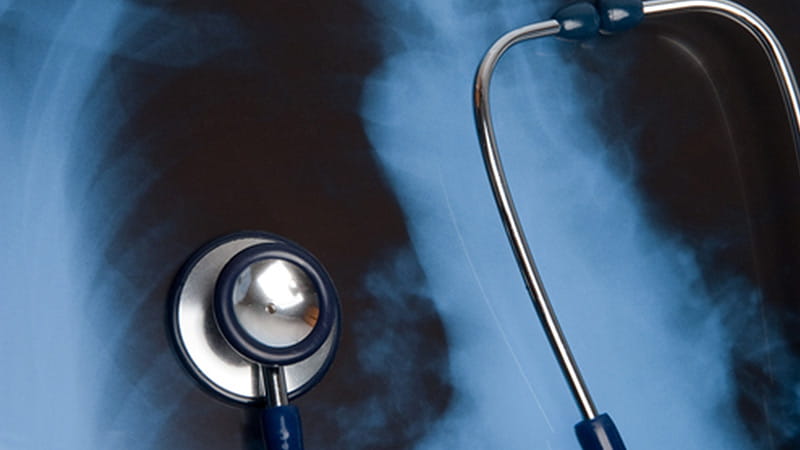 A recent BBC health news headline trumpeted that doctors in Britain are “missing opportunities" to spot lung cancer at an early stage, meaning one in three people with the disease dies within 90 days of diagnosis.

The news article followed a recent study of lung cancer cases by University of Nottingham researchers. The resulting paper, published in the BMJ, found that, in 20,142 people aged over 30, one in 10 had died within a month of diagnosis.

Another headline figure from the study suggested that one in 20 cases had been diagnosed only after the patient had died.

The study seems to suggest that the problem does not lie so much with the patient’s tardiness in consulting with their GP, but rather with obtaining an early and accurate diagnosis. One of the study authors commented that: “If patients are coming into the surgery and having a face-to-face interaction with a doctor, at least there is an opportunity to treat them”.

Paradoxically, if people had not been visiting the doctor at all, it would be much more of a public engagement issue, which could be even harder to manage.

Now, while the article was a product of the BBC newsroom’s regular trawl of published medical research papers, it did strike a chord with me. This is because the findings are broadly aligned with our own ‘cause of loss’ analysis of GP claims.

Readers of my previous blogs will probably recall that our single largest category of claims against GPs involve delays and failures to diagnose. This may lead to a poorer prognosis or even, as the study suggests, death without a diagnosis having been made. For the benefit of new readers, I should reiterate that this type of claim amounts to around 67 per cent of all litigation against our GP members.

Reminding ourselves of the context here may be helpful. Lung cancer kills more than 35,000 people a year and remains the biggest cause of cancer death in the UK.

So, is Britain falling behind and, if so, why?

The study tried to find the reason why fewer people in the UK with lung cancer survive than in other comparable countries. They were able to demonstrate straight statistical comparisons, for example with Sweden. Here 46 per cent of sufferers between 2004 and 2007 survived a year, compared with 30 per cent in Britain.

Perhaps of greater significance to cause of loss, the study also concerningly suggests that:

These findings seem counter-intuitive to what may have been expected, given that patients had received multiple GP consultations, in some cases with more than one doctor. In other cases investigations were ordered but did not contribute to an accurate diagnosis either.

In previous blogs I have looked at the role of fundamental thinking errors which may involve cognitive biases on the part of the doctor, so these might apply here too.

Playing the odds: This concept is another recognised cognitive bias in medicine, which can influence diagnostic decisions. It has been described as ”the tendency to opt for a benign diagnosis even though it may be less likely”. In equivocal or ambiguous presentations, doctors may focus on a benign diagnosis on the basis that it is more likely than a serious one (which it may or may not be). This tendency may be compounded by the fact that the signs and symptoms of many common and benign diseases are mimicked by more serious and rare ones. More controversially, it has been suggested that this strategy may be either unwitting or deliberate on the part of the doctor, and is diametrically opposed to the ”rule out worst case scenario” strategy as described by Columbia University Medical Education in New York.

Example: A patient who is a long-time smoker develops a cough which is productive of blood-streaked sputum without any fever or weight loss. The doctor pursues a diagnosis of pneumonia (benign) thinking that it is more common than lung cancer. Given the absence of fever and weight loss, the post-test probability is much higher for cancer than pneumonia.

We would as always be interested to hear about members’ thoughts and experiences in this area, together with any ideas for strategies which can guard against fundamental thinking errors occurring at initial presentation and diagnosis formulation stages.

This is a difficult domain of medicine to tackle from a medico-legal perspective. As a medical defence organisation we can offer advice and potential solutions to reduce system-based errors occurring in areas such as prescribing or results management. However, achieving an accurate and timely diagnosis relies on a doctor’s individual skills and judgement being applied in a consistent and evidence-based manner. Otherwise, our concern is that medical negligence claims based on a failure/delay in diagnosis will remain the single most prevalent cause of loss, certainly within the realm of primary care.