Reducing risk: when a patient refuses a chaperone

My recent blog on offering chaperones when undertaking intimate examinations sparked some discussion here over cases we have encountered. 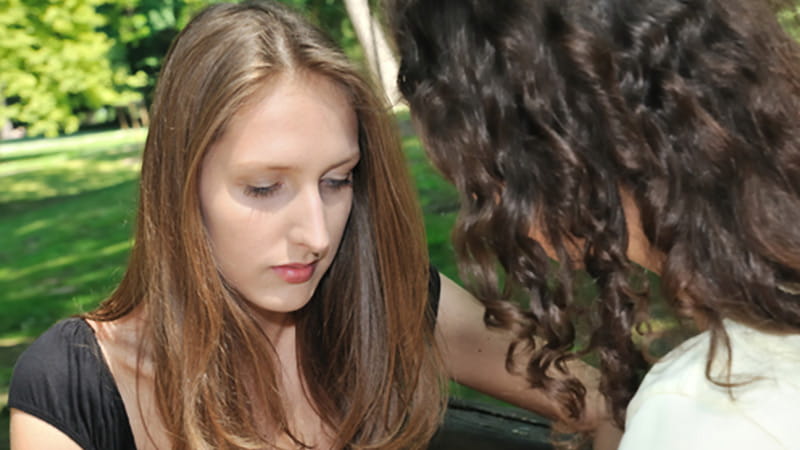 My recent blog on offering chaperones when undertaking intimate examinations sparked some discussion here over cases we have encountered. Particularly those cases where a doctor has felt some discomfort about carrying out an examination without a colleague chaperone, has offered a chaperone to the patient, but then the patient has refused. This leaves the doctor with a dilemma.

Scenario A: What about the male GP who consults with a teenage patient who has brought her friend along for moral support. The patient insists that she would prefer her friend to remain with her during a required breast exam and refuses the offer of a practice chaperone. How should he proceed?

Scenario B: The female GP in a consultation with a male patient with whom she has begun to feel a little ill at ease over the past few consultations and is now presenting with symptoms indicating the requirement of a testicular examination. The patient refuses a chaperone and proceeding with the examination concerns her as he made some personal comments about her appearance at the previous consultations which has caused her to feel boundaries are blurring.

Some of the reasons GPs give for feeling discomfort around carrying out an intimate examination on a patient without a chaperone present are focussed around the vulnerability of a patient. For example:

Some are around their own vulnerability.

Concerns might arise if the patient has a history of violent behaviour – particularly in an out-of-hours or domestic setting.

In addition, there may be concerns the patient has an interest in the doctor outside their professional relationship – as in Scenario B above.

Whilst allegations of inappropriate examination happen to both males and females, by both males and females, evidence suggests a higher rate of allegations against male doctors by female patients. The result could be a male doctor being generally reluctant to carry out intimate examinations on female patients. This could be the case in Scenario A which presents the further (albeit unlikely) risk that the friend could corroborate a malicious allegation against a well-meaning doctor.

In their core guidance Good Medical Practice, the GMC state that doctors ”must provide a good standard of practice and care. If you assess, diagnose or treat patients, you must…where necessary examine the patient.“

In addition, their guidance for doctors on Intimate Examinations and Chaperones (2013) states that: ”if you don’t want to go ahead without a chaperone present but the patient has said no to having one, you must explain clearly why you want a chaperone present. Ultimately the patient’s clinical needs must take precedence.”

So if the need to examine the patient is clinically urgent this takes precedence over any concerns the doctor may have about a lack of chaperone.

The guidance also states that: “You may wish to consider referring the patient to a colleague who would be willing to examine them without a chaperone, as long as a delay would not adversely affect the patient’s health.”

It is likely that both of the situations described above are clinically ‘urgent’ but there are more options available to the doctor.

Patients refuse chaperones for a number of reasons, the most common being increased embarrassment that another person will witness the examination. This can be a particular issue for male patients where a practice is unable to provide a male chaperone. Where that patient is being examined by a female GP, he may also be reluctant to have a second female in the room.

So what are the options?

(1)  It is important to understand why the patient is refusing a chaperone as it may be that you could resolve these concerns to the patient’s satisfaction.

For example, the concern may be about the identity or the role of the individual you are proposing as the chaperone. In this case, attempts should be made to agree an acceptable alternative with the patient.

(2)  In both scenarios above, the doctor must explain their concerns to the patient and, if the patient continues to refuse a practice chaperone, document the reasons for this. In the case of Scenario B this may be more awkward; particularly as the reason is that she is becoming uncomfortable with the nature of the doctor-patient relationship. This highlights the prudence of early discussion about this concern in order to reduce the impact on the patient.

Interestingly, a longstanding patient with whom you have a mutual rapport built up over a long period of time may feel increased vulnerability regarding intimate examinations. They may be more reluctant to accept a chaperone, feeling this is disloyal in some way to the doctor.

In this circumstance, it is important to check that the patient is prepared to wait as complaints can arise in situations where a lack of chaperone availability has led to a delay in treatment.

In one recent case, the doctor judged that the examination was not ‘clinically urgent’ but the patient claimed that they had experienced what they described as significant additional unnecessary suffering and distress as a result of not being examined – and therefore treated – earlier.

(4)  If you do decide to undertake the examination without a chaperone present and start to feel uncomfortable… stop – explain and document why. Arrange for the patient to be seen if necessary by a colleague.

I’d be really interested to know whether clinicians reading the scenarios above would empathise with the doctors… or feel they were overreacting.