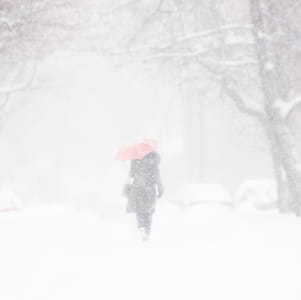 THE NHS in England could be facing “one of the bleakest winters” on record given current performance statistics, says the Nuffield Trust.

NHS England reported 4.42 million patients on the waiting list for routine operations at the end of September, which is the highest number in NHS history and an increase on September 2018 of 5.7 per cent. Out of those patients, 84.8 per cent had been waiting less than 18 weeks, which is below the 92 per cent target.

Only 83.6 per cent of accident and emergency patients were admitted, transferred or discharged within four hours, which is below the 95 per cent target and represents a two per cent decrease on the same figure for October 2018.

Performance indicators for patients waiting for urgent cancer referrals and treatment are also below target.

Nuffield Trust Chief Economist Professor John Appleby commented: "These figures show the next Government will immediately be faced with one of the bleakest winters in the NHS’s history. We have many months to go until seasonal pressures really hit the NHS, but October has already seen an unprecedented slump with performance against the main A&E target worse than ever. The health service is seeing far more patients, yet one in six is now waiting more than four hours in A&E. If the usual trends continue after Christmas, that would head towards one in five.

"Meanwhile the number of people waiting on trolleys in corridors because no beds are available has already hit 80,000 – something we have only seen before in the very coldest part of the year. If this trend keeps going, I fear we could see 100,000 people stuck on trolleys this coming January.

"These are not acceptable waits, both for people who need urgent help and for the staff who desperately want to treat them. As the election promises roll in, we should be under no illusion about the money, staff and time it will take to turn this situation around."