PRIVACY in GP practice reception areas is a common concern among GP patients, according to a new report by the Patients Association.

In a survey and focus groups involving 720 respondents, 58 per cent said that there was not enough space at their practice to allow reasonable privacy. Some patients reported that it was "impossible" to speak to the receptionist without being overheard.

Access was another key issue for practice premises with 75 per cent of respondents saying there was a ramp at the entrance to the building but less than half (46 per cent) reporting that their practice had a lift. Common complaints also included narrow corridors and difficulties with wheelchair access and manoeuvrability.

Four in ten respondents stated that their GP practice building was a poor environment which made them feel anxious or stressed.

Rachel Power, chief executive of the Patients Association, said: "It’s a huge concern that the majority of people completing our survey reported issues relating to privacy and confidentiality at their local surgery – this goes against the law and official NHS guidance, and needs to be addressed. Patients who are sick and unwell will already be anxious about going to see a GP – the last thing they should need to worry about is whether their private conversations will be overheard by other people.

"We recommend that all existing and new GP premises should ensure that people with disabilities are able to easily access the building and internal rooms, and that health and safety and disability legislation is always applied. Our other recommendations are based on what patients have told us they want to see: adequate parking and good transport links, improved signage throughout buildings and better air quality control in waiting rooms." 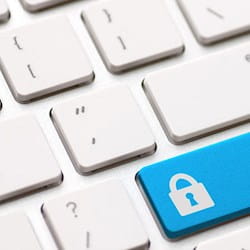