HOSPITAL admissions in England for tooth decay in children aged 5-9 have increased for the second consecutive year but have dropped among ages 1-4 years and 10-14 years.

Professor Michael Escudier, Dean of the Faculty of Dental Surgery, commented: "It is disappointing that we haven't seen the same improvement in the number of children aged 5 to 9 being admitted to hospital for dental decay as we have for other age groups. These children will likely be having teeth removed in hospital under general anaesthetic – something that should never be taken lightly.

"When you consider that tooth decay is 90 per cent preventable and NHS dental treatment is free for all under 18s, it is disgraceful that so many children in their early years of school are suffering time away from class to have teeth removed. Parents and carers must ensure children visit the dentist regularly, eat less sugar and brush twice a day with a fluoride toothpaste.

"Supervised tooth brushing sessions in nurseries and primary schools are an excellent way to instil good oral health habits at an early age, and there should be support for these programmes in the NHS Long Term Plan. Initiatives such as NHS England's Starting Well programme are beginning to reach high need areas but there is more that can be done. The Faculty of Dental Surgery would like the initiative to be rolled out more widely, so more children can benefit. We'd also like to see some the money raised by the Soft Drinks Industry Levy used to improve oral health education." 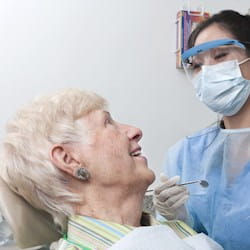