PATIENTS are more susceptible to surgical site infections during the summer than in the winter, according to new research.

August was the peak month for surgical site infections (SSIs) while cases were at their lowest in January. Temperatures above 90°F were associated with increased odds of almost 30 per cent for hospitalisation with an SSI compared to temperatures below 40°F.

The findings were published online by Infection Control & Hospital Epidemiology, the journal of the Society for Healthcare Epidemiology of America.

Researchers analysed data on almost 9.5 million patients between 1998 and 2011 from the Nationwide Inpatient Sample, the largest database of hospital discharges in the US. They then included data from nearby weather stations, looking at factors such as temperature, rainfall and wind speed.

They found SSIs were linked to seasons, with a 26.5 per cent increase in cases in August compared to January. Reducing the average number of at-risk surgeries in July and August by a quarter could, the study found, mean a decrease of around 1,690 SSI cases for the year.

But he added: “The odds of any one person getting an infection are still small, and due to the limitations of our data, we still do not know which particular surgeries or patients are at more risk from higher temperature.” 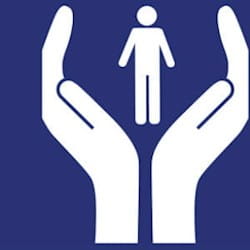