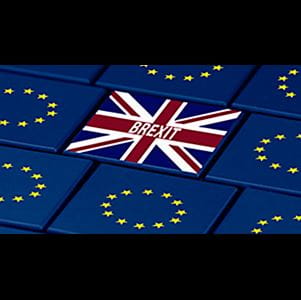 THE registration status of doctors who are already on the GMC register will be unaffected by the UK’s vote to leave the European Union.

The GMC moved to reassure current registrants after admitting that withdrawal from Europe will have implications for the way they regulate doctors.

In a statement following the vote, the GMC said: "We will now explore how doctors from the EU will be granted access to the UK medical register and how any concerns about those doctors will be shared between us and other countries.

"We will also seek to understand the implications for UK doctors wishing to work in the EU once the UK is no longer a member state."

They added that "much will depend on whether the principle of free movement is maintained within the treaty of withdrawal".

The regulator now plans to discuss the issues with the four UK governments, "to make sure we can provide robust protection to UK patients".

The Royal College of Surgeons responded to the result by posting a statement on its twitter feed in support of healthcare staff who have come from other countries to work in the NHS, thanking them for the work they do and adding: “We will continue to support you."

The Royal College of Nursing issued a statement saying it would "continue to work closely with our sister nursing organisations across Europe as we have done for many years".

It added: "Once there is greater clarity, the RCN will take forward work to consider the impact of leaving for both nursing and the RCN, to ensure that the voice of nursing is heard in future negotiations to leave the EU."

Meanwhile, the GDC gave a more succinct post-Brexit vote statement, saying that it would be "business as usual" until the formal process for implementing the referendum result was taken forward. "We will communicate any changes widely as and when the position develops."

The British Dental Association highlighted the various ways in which EU legislation affects UK dentistry, including the movement of dentists and dental care professionals, the import of dental equipment and materials, as well as in health and safety legislation.

BDA chair Mick Armstrong said: "At this early stage we do not know what shape Brexit will take, but it could certainly mean significant changes for both dental regulation and the dental workforce.

"We will aim to ensure withdrawal works for dentists. We will offer support, advice and protect the interests of our membership, and work with our international partners where UK dentists can benefit."