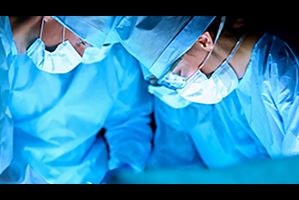 THE proportion of NHS staff in England who have recently witnessed mistakes or patient safety incidents is at its lowest level for four years, according to a new survey.

But healthcare workers still don’t feel bosses encourage them to report errors, and say that those involved in incidents are often treated unfairly.

These findings come in the latest NHS Staff Survey, carried out between September and December 2015. It involved 297 NHS organisations in England and received almost 300,000 responses (around a quarter of the permanent NHS workforce).

It looked at a number of key areas, including errors and incidents, motivation and engagement, and training and development.

Overall, the survey found 29.1 per cent of staff witnessed a potentially harmful error, near miss or incident in the previous month. This is down on the 2011 figure of 33.2 per cent. The majority (89 per cent) of staff who had witnessed an error/incident said that it had been reported, either by themselves personally or by a colleague.

When incidents were reported, less than a quarter (23 per cent) of staff felt that action was taken to prevent the error happening again. In addition, just under a fifth (19 per cent) said feedback was given to staff about any changes that had been made in response to the reported incident.

Findings on staff satisfaction regarding unsafe clinical practice were more positive with 68 per cent feeling secure in raising concerns about clinical practice. Just over half (56 per cent) had confidence that their organisation would address their concerns if they were raised.

The report also highlighted worries over stress and staffing levels.

Only 31 per cent of workers agreed there were enough staff at their organisations to enable them to do their jobs properly, while 37 per cent reported feeling unwell due to work-related stress in the previous year. A quarter of those surveyed said they had experienced harassment, bullying or abuse from a colleague, while 11 per cent had suffered discrimination at work in the previous 12 months.

Despite these issues, more than half of all staff (58 per cent) said they often or always looked forward to going to work, while 74 per cent felt enthusiastic about their job.

Commenting on the report, NHS England chief executive Simon Stevens said the survey contained "encouraging signs that the health service is becoming a more supportive employer." But he acknowledged that it did contain "continuing warning signs" about health and wellbeing, and that it was important employers give staff "the support they need to provide compassionate high quality care."