...Mrs M carried out the investigation into the employee's behaviour, while her twin sister was responsible for the appeal... 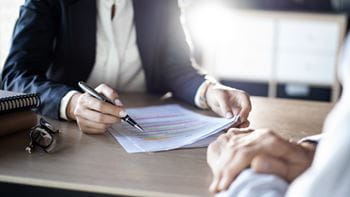 A nurse, Mrs H, was sacked for gross misconduct following a disciplinary hearing. The two women chosen to investigate her actions and then decide on her appeal, Mrs M and Mrs C, were twin sisters who lived together. Mrs H later won an employment tribunal claim for unfair dismissal because of “procedural errors” in the disciplinary process. The tribunal agreed that Mrs H’s employer failed to appoint independent people to investigate and decide on the employee’s case.

Mrs H was an experienced nurse with a clear disciplinary record. She carried out a smear test on a patient who later complained that the test had been “very rough and painful”. The patient also claimed that Mrs H admitted the smear should not have been carried out at that time as the patient had recently undergone a separate gynaecological procedure.

An investigation was carried out by the practice’s nurse manager Mrs M who found the test was in fact inappropriate for the patient. She also discovered Mrs H had amended the patient’s record in a bid to cover up her mistake, making it appear as though no smear test had been carried out.

Mrs H was invited to a disciplinary hearing, conducted by Mrs M, which concluded with Mrs H’s dismissal for gross misconduct and gross breach of trust.

When Mrs H lodged an appeal, nurse manager Mrs C was appointed to conduct the appeal. Mrs C – who was the twin sister of Mrs M, and also lived with her - upheld the dismissal decision.

Mrs H brought an employment tribunal claim against her employer for unfair dismissal and unauthorised deduction from wages. The tribunal judge acknowledged that Mrs C was not an appropriate and fair choice of appeal body as she was both related to and lived with Mrs M. For this reason, the appeal stage of the process was procedurally unreasonable, and the dismissal was procedurally unfair.

The judge upheld Mrs H’s claim, but awarded no compensation as Mrs H’s dismissal was “entirely caused by her own blameworthy action”.

In small medical and dental practices it can be a challenge to adhere to ACAS guidance which advises that independent people should be chosen to conduct the different stages of disciplinary hearings. But a failure to do so can have negative consequences for employers further down the line.

MDDUS members can login to their account to access a range of HR and employment resources, including our factsheet on the disciplinary process.