...David claims that Dr L disregarded his welfare power of attorney in regard to treatment decisions in the care of his father.... 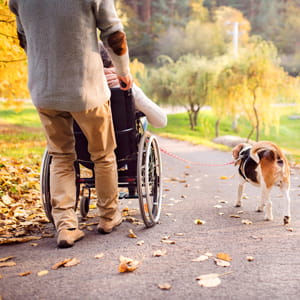 BACKGROUND: A 95-year-old patient – Mr T – attends A&E complaining of palpitations and is accompanied by his son, David. He has had similar episodes in the past. An ECG shows a supraventricular tachycardia (SVT) and he is given treatment, following which he returns to a normal rhythm. He is admitted overnight for observation and started on verapamil.

Two months later David lodges a complaint against Dr L with the GMC. In the letter he alleges that his concerns over the use of verapamil and other medications to treat his father were ignored, and the build-up of verapamil in his father's system precipitated later heart failure. He says Dr L disregarded his welfare power of attorney in regard to treatment decisions in the care of his father.

ANALYSIS/OUTCOME: MDDUS assists Dr L in drawing up his written response to the allegations. All relevant documentation is forwarded to the GMC for consideration by case examiners. Two months later the regulator responds with its decision on the matter.

Despite this criticism the case examiners judge that this does not call into question Dr L’s fitness to practise or merit any action on his registration. The doctor is directed to the relevant GMC guidance in Good Medical Practice: "You must keep up to date with, and follow, the law, our guidance and other regulations relevant to your work."