...Ms H shouts and swears at the receptionist in front of other patients. The practice owner comes out to the waiting area and informs Ms H that her behaviour is totally unacceptable... 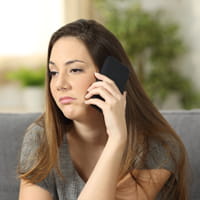 BACKGROUND: Ms H has been a patient at a dental surgery in Scotland since she was a teenager. There have been previous complaints from staff about her rude and aggressive attitude when attending for treatment.

Ms H makes an emergency appointment complaining of pain in her lower left jaw. Radiographs indicate an impacted LL8. Ms H is advised that the tooth should be extracted. A referral is made to the local dental hospital and she is advised there may be a four to six-month wait.

The practice owner phones Ms H to apologise and inform her that a referral has been arranged at an alternative treatment centre with a much-reduced waiting time. The practice also offers to cover the full cost of the extraction. Ms H is again abusive and threatening and demands immediate referral for private dental treatment. The practice owner states this will not be possible but offers to phone the NHS treatment centre again to facilitate a prompt referral.

Next day Ms H turns up at the practice along with her mother and angrily demands to see the owner. She again shouts and swears at the receptionist in front of other patients. The practice owner comes out to the waiting area and informs Ms H that her behaviour is totally unacceptable and that she must leave the premises now. Ms H is again aggressive and verbally abusive but is persuaded by her mother to depart.

The practice owner contacts MDDUS for assistance in drafting a letter to Ms H to deal with her complaint, but also to inform her that in light of her threatening behaviour it has been decided to deregister her from the practice.

ANALYSIS/OUTCOME: An MDDUS adviser assists in drafting and reviewing the letter to Ms H. In the letter the practice owner first offers an apology for the misplaced referral. She then details steps taken by the practice to remedy the situation, including facilitating a timely referral to a local dental hospital and an offer to pay NHS costs for extracting the wisdom tooth. The letter also states that the practice will undertake a formal SEA (significant event analysis) to investigate the matter and implement any learning outcomes.

The practice owner is advised that a complaint response is probably not the point at which to inform Ms H that she will be removed from the practice list. It would be better to resolve the complaint and re-evaluate the professional relationship. Should the practice later judge that her behaviour has led to an irrevocable breakdown in the dentist-patient relationship of trust, a subsequent letter could be sent. Ms H would then be advised that the practice has written to the local health board asking for her to be removed from the practice list subject to a 12-week notice period, during which she will be entitled to emergency dental treatment.

..Mr V states he “knows for a fact” that other dental surgeries are clearing their backlogs and providing routine appointments - and he is “extremely unhappy”...