...Mr R has been contacted by NHS Counter Fraud Services, alleging that he was not entitled to an exemption for the cost of his RCT, and he claims that the regulations were not properly explained to him by the practice... 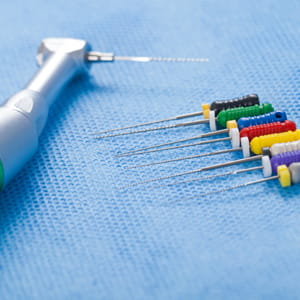 Mr R states that he is on universal credit and exempt from NHS charges and signs a GP17 form. The RCT treatment is undertaken without incident.

A few months later Mr R attends reception at the practice demanding to see Dr S. He states that he has been contacted by NHS Counter Fraud Services, alleging that he was not entitled to an exemption for the cost of his RCT. Mr R claims that the regulations were not properly explained to him by the practice – and that there was no discussion of the relative costs. Had he been made aware of the charges he would have opted for an extraction.

ANALYSIS/OUTCOME: A dento-legal adviser offers assistance to the PM in drafting and reviewing a written letter of response.

The letter first expresses regret at Mr R’s dissatisfaction and states that the practice views such feedback as a learning opportunity to improve the care provided to patients.

The PM first addresses the correspondence from Counter Fraud Services regarding the treatment charges. She states that the practice has a record of a signed NHS GP17 form in which Mr R claims to be on universal credit and therefore exempt from NHS dental charges.

The PM reminds Mr R that it his responsibility to make a correct declaration on the GP17 form. The practice provides guidance along with the form to help patients understand the current exemptions – and therefore it cannot be held responsible for dental charges nor any fine that might be levied by the NHS for an incorrect declaration.

In regard to the treatment provided, the PM confirms to Mr R that the records show Dr S discussed the options available, including RCT and extraction. Being informed that Mr R had claimed exemption from NHS charges, Dr S did not discuss the relative costs. She assures Mr R that all treatment planning at the practice is focused on the best interests of patients to secure and preserve oral health.

The letter includes a link to the practice complaints procedure and the PM points out that if Mr R is dissatisfied with the outcome or the way the complaint has been handled, he is entitled to raise concerns with the ombudsman (with contact details provided).

Mr R pays the dental charges to the NHS and remains a patient at the practice.