...A letter of claim alleges clinical negligence in the missed diagnosis of a fracture in the shoulder, leading to an unnecessary period of pain and further damage caused by physiotherapy... 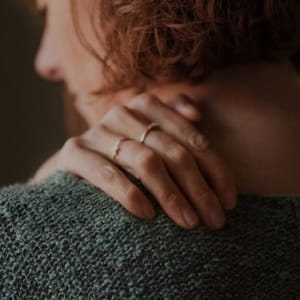 BACKGROUND: Ms Y is on her way home from work when she slips on icy steps and falls on her shoulder. The next morning she attends her GP and is referred to a private hospital for an X-ray. The radiographer suspects a shoulder fracture and Ms Y is transferred to the orthopaedic unit. Here she is seen by a senior registrar – Mr G – who examines Ms Y and reviews the X-ray before diagnosing a soft tissue injury.

Ms Y is discharged that afternoon with pain relief and is referred for physiotherapy.

Two weeks later she attends the physiotherapist at the hospital and complains of persistent pain, which is unbearable with any form of movement. A possible rotator cuff injury is suspected and Ms Y is referred for a scan. The radiologist undertaking the scan informs Ms Y that she has a fracture in her left shoulder, which is clear on the original X-ray.

Ms Y is seen by a consultant at a different hospital and he confirms the fracture and takes further X-rays. The patient is given steroid injections but when further physiotherapy and conservative treatment proves inadequate Ms Y undergoes surgery.

A letter of claim is later received by the private hospital alleging clinical negligence by Mr G in the missed diagnosis of a fracture in the shoulder. It is further alleged that the resulting delay led to an unnecessary period of pain and further damage caused by physiotherapy, which was contraindicated. Ms Y also could have possibly avoided surgery if an earlier diagnosis had been made.

ANALYSIS/OUTCOME: An assessment of the case is undertaken by MDDUS lawyers who review the letter of claim, patient notes and commentary on the case by Mr G. It transpires that a radiologist had been unavailable to review the film on the day Ms Y attended the private orthopaedic clinic, although the radiographer had identified a fracture. Mr G also acknowledges that his area of expertise is lower limb injuries and staff shortages at the time had led to him covering an area outside his sub-specialty.

Even with such mitigation it is judged that the case would be hard to defend in court both in terms of breach of duty and causation (consequences) although surgery may have been necessary in any case.

A settlement is offered to the claimant in agreement with the member (with no admission of liability) in order to avoid further significant legal costs.