...The dentist states that in retrospect it might have been appropriate to pause and more fully explain the options, giving Mr U time for reflection before agreeing to the revised plan... 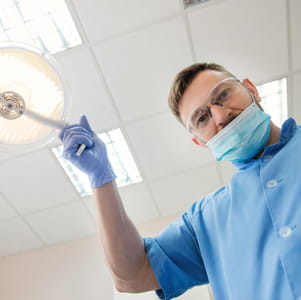 BACKGROUND: Mr U attends his dental surgery for restoration on a lower right molar. Mid-treatment the dentist – Dr L – informs the patient that an adjacent tooth also requires restoration and that it would be easier to carry out the procedure in the same session. Mr U indicates his consent to carry on with the second procedure but without discussion of specific additional cost.

A few days later Dr L receives a letter of complaint from the patient. In the letter Mr U expresses his surprise that the second restoration involved "substantial additional cost" to the original treatment plan. He questions how this can justified and also asks why Dr L did not identify decay in the second tooth in his initial examination.

ANALYSIS/OUTCOME: Dr L contacts MDDUS for assistance in formulating a response. In the letter he explains how in the course of preparing the cavity in the first tooth he discovered interdental decay involving the second molar. Such decay can sometimes be difficult to diagnose with radiographs and is often best assessed with direct visual examination and tactile sensation, i.e. probing.

Preparing the cavity in the first tooth also offered improved access to restore the second tooth and this was why he suggested revising the plan mid-treatment. This meant that the fee for the second restoration would be reduced and Mr U would not need to return for a second appointment.

Dr L states that in retrospect it might have been appropriate to pause and more fully explain the options, giving Mr U time for reflection before agreeing to the revised plan – or to have advised the patient to make a separate appointment to restore the second tooth. His only motivation was convenience and reduced cost.

Mr U accepts this explanation as well as Dr L’s apology in regard to his dissatisfaction with the treatment.