...It is also alleged that Dr U failed to obtain informed consent from the patient in neglecting to warn him of the risks involved with the procedure... 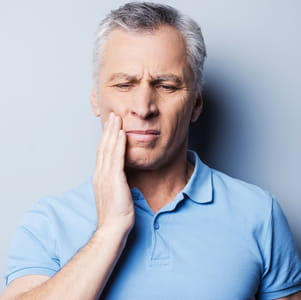 BACKGROUND: Mr P is 59 years old and attends his dental surgery complaining of extreme pain in UR6. A bitewing radiograph indicates a deeply carious tooth. Mr P is advised by the dentist – Dr U – that he could fill the tooth but the prognosis would be poor, with a significant chance of other treatment being required including root canal and a crown, or extraction. Mr P opts to have the tooth extracted.

Dr U undertakes the extraction under local anaesthetic but the buccal root fractures during the procedure. The dentist attempts to remove the fragment as it is visible and mobile but this is unsuccessful. An X-ray reveals an apical root fragment close to the floor of the right maxillary antrum. Dr U checks for an oro-antral communication but none is noted. Antibiotics and analgesia are prescribed and Dr U refers the patient to the local dental hospital. Mr P is also advised to avoid blowing his nose or sneezing if possible.

Two months later Mr P attends for removal of the root fragment under general anaesthesia, which is undertaken using a Caldwell-Luc approach. Pus is noted by the surgeon and the root is located within the lining of the maxillary antrum.

The operation is completed without complications.

Over a year later Dr U receives a letter of claim alleging clinical negligence in his treatment Mr P. It is claimed that he failed to take a preoperative periapical radiograph prior to extraction of UR6. This would have demonstrated a “pneumatised” left maxillary sinus extending over the roots of the tooth, with a high risk of creating an “oro-antral communication” in a non-surgical extraction. Referral to an oral surgeon would have been indicated had imaging been undertaken prior to the procedure.

It is also alleged that Dr U failed to obtain informed consent from the patient in neglecting to warn him of the risks involved with the procedure – in particular that of the tooth fracturing and possibly displacing a root into the maxillary antrum.

The claim further states that this breach of duty of care led to the need for a surgical procedure and subsequent ongoing gum sensitivity and sinus/facial pain requiring ongoing medication. Mr P claims that had options been discussed he would have insisted on a referral for surgical extraction at the dental hospital, thus avoiding the subsequent complication.

ANALYSIS/OUTCOME: An expert GDP is instructed by MDDUS to assess the case and consider each of the allegations against Dr U.

In regard to the need for a preoperative radiograph he cites guidance from the Faculty of General Dental Practice (FGDP) UK stating that there is no conclusive evidence to support the need for routine radiography prior to extraction in adults – thus there would have been no indication for onward referral to an oral surgeon.

In regard to the failure to obtain informed consent the expert notes that the records state: “Extraction procedure explained, warned re risk of sinus perforation, pain, swelling, infection etc. Patient understands, ok to go ahead”. It appears that Mr P accepted the risks and opted to proceed with the extraction.

An opinion on causation (consequences of any breach in duty of care) is also commissioned from a consultant oral and maxillofacial surgeon. He cites ongoing sinus pain and gum sensitivity evidenced over many years in Mr P’s medical and dental records and takes the view that these symptoms were not new or a result of the fractured UR6.

MDDUS lawyers draft a letter of response repudiating the allegations and the case is eventually dropped.

How can you ensure a robust system where nothing important is missed?

...The letter alleges that not only was the crown lengthening treatment inappropriate but the dentist also failed to inform Mr B of the benefit-versus-risk involved in the procedure...