...Mr K is accused of failing to provide Ms L with sufficient information to make an informed choice on the need for surgery to remove the mesh – or the potential complications of delaying for a second opinion... 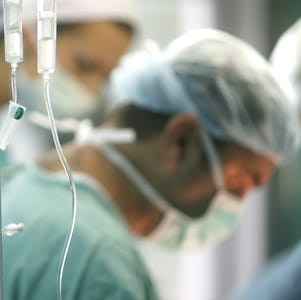 BACKGROUND: A 48-year-old – Ms L – attends her GP with a paraumbilical hernia present for the last two years. She is the mother of three children and is mildly obese. Lately the hernia has become more painful and yesterday she suffered a severe painful episode. The GP refers Ms L to the surgical unit at a local private hospital.

Ms L attends the surgical clinic two days later and is seen by upper GI surgeon, Mr K. On examination she is found to have an obese abdomen with a small paraumbilical hernia which is easily reducible. She reports having had some intense abdominal pain recently and Mr K suspects she has suffered an episode of incarceration. He advises surgical repair and discusses potential complications and recurrence rates.

Two weeks later the patient is admitted to hospital and signs a consent form. The risks documented include infection, as well as bruising, bleeding and potential recurrence and damage to the underlying bowel. Mr K undertakes the hernia repair using a surgical mesh in the preperitoneal space. She is reviewed the next morning and discharged home.

Two days later Ms L returns to hospital complaining of bruising and discomfort at the surgery site. She is reviewed by an emergency physician who notes swelling, a haematoma and discharge. A wound infection is diagnosed and the patient is commenced on Flucloxacillin. Two days later Mr K reviews the patient at the surgical clinic and confirms that Ms L has a post-operative wound infection. Cellulitis is noted and pus is expressed from the wound. Mr K considers the possibility of a mesh infection and arranges an ultrasound scan.

Three days later Mr K receives the US scan report which shows no abscess cavity but considerable inflammation surrounding the mesh. A CT is arranged for the next day and this confirms extensive deep inflammation but not affecting adjacent bowel loops.

The surgeon reviews Ms L in clinic the next morning and advises urgent removal of the mesh and application of vacuum dressing (VAC). He offers to admit Ms L at short notice for the procedure but she claims to have pressing work commitments and also wants a second opinion. She is prescribed further antibiotics and 10 days later undergoes a procedure to remove the mesh at a different hospital.

Mr K does not hear from the patient again until a solicitor’s letter is received at the hospital requesting access to her records. This is followed by a letter of claim alleging clinical negligence in the delayed diagnosis and treatment of Ms L’s surgical wound infection.

The claim alleges that Mr K failed, within a reasonable period, to obtain the result of the ultrasound scan, arrange a CT scan and discuss the need for surgical management. Mr K is also accused of failing to provide Ms L with sufficient information to make an informed choice on the need for surgery to remove the mesh – or the potential complications of delaying the surgery for a second opinion.

The alleged consequence of these failures was an unacceptable delay of over 10 days – with associated pain and suffering – before the mesh was surgically removed and the infection fully treated.

ANALYSIS/OUTCOME: MDDUS, acting on behalf of Mr K, commissions an expert opinion from a consultant colorectal surgeon who reviews the case notes. Based on his report, a letter of response is composed denying liability.

In regard to the alleged delay in obtaining an ultrasound result and follow-up CT scan, the expert points out that Ms L was informed of the US report within three days and a CT scan was arranged for the next day. Ms L was then seen by the surgeon in his clinic a day later and options for further treatment discussed. The expert says such a time frame would not be considered unreasonable.

The expert also rejects the allegation that Ms L was not given sufficient information to make an informed treatment choice. The patient notes show that Ms L was advised of the urgent need to remove the mesh but she chose to delay the procedure. A letter to Ms L’s GP records the surgeon’s willingness to admit the patient at short notice.

Breach of duty of care is denied, as is causation in that the treatment delay was an informed choice made by Ms L. No more is heard from the claimant and the case file is eventually closed.