...It is alleged the dentist failed to provide preventative treatment for the patient’s enamel hypoplasia, including the application of fluoride varnish... 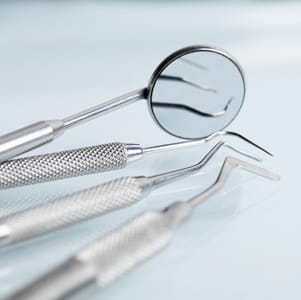 BACKGROUND: Mr N brings his 11-year-old daughter Lucy to the dental surgery for a regular six-month check-up with Dr K. She has been a patient at the practice for over two years. On examining the child, the dentist notes a cavity in UL5. Mr N is concerned by this finding as Lucy had been previously diagnosed with enamel hypoplasia at age seven and the family is very regimented in ensuring she brushes properly twice a day and uses a fluoride mouthwash.

Dr K explains that there is nothing more that can be done in regard to Lucy’s hypoplasia and that sometimes cavities are simply a matter of “bad luck”. The dentist undertakes a restoration of UL5. Later that day Mr N phones the practice and asks to see another dentist. An appointment is made for two weeks’ time.

Mr N also contacts the local dental hospital to request an appointment in regard to Lucy’s hypoplasia and is informed that this should be possible with a referral. Next morning he phones the practice asking for a referral but is told later that day that this cannot be provided until Lucy sees her new dentist. Mr N asks why Dr K cannot make the referral and the receptionist explains that Dr K has refused as he is no longer Lucy’s dentist.

Two weeks later Lucy attends the dental surgery and another dentist makes the referral to the dental hospital. Here a treatment plan is implemented involving regular fluoride varnish and Lucy is referred back to her practice.

A few months later Dr K receives notice from the GDC of a complaint from Mr N in regard to his daughter’s dental treatment.

ANALYSIS/OUTCOME: A GDC caseworker reviews the complaint and the patient notes and, after receipt of a clinical advice report, forwards the matter for consideration by case examiners. MDDUS assists Dr K in responding to the specific allegations. These are that the dentist failed to carry out sufficient diagnostic assessments and provide preventative treatment for the patient’s enamel hypoplasia, including the application of fluoride varnish. It is also alleged that Dr K did not set up an appropriate recall period over the course of treatment and failed to refer Lucy as requested. There are also concerns over the paucity of his clinical records.

In his response Dr K disputes the allegation that he did not carry out adequate diagnostic assessments as he obviously identified the carious UL5 but he does acknowledge that his clinical notes make no mention of the previously diagnosed enamel hypoplasia. He also accepts that he neglected to undertake bitewing radiographs, which should have been taken at appropriate intervals, depending on caries risk.

In regard to preventative care Dr K states it is clear from the complaint that Lucy’s enamel hypoplasia had been discussed and he contends that his understanding at the time was that the principle benefits of fluoride application were to be derived before the age of 9. Having now undertaken CPD training in this area he acknowledges that this assumption was wrong and he has accordingly changed his practice in such cases, ensuring three-month recall intervals and regular fluoride varnish.

Dr K defends his decision not to provide a referral stating that he believed it would be more appropriate for Lucy’s new dentist to do so going forward. However, he accepts that his record keeping has been less than adequate and states that he has since undertaken CPD in this area, with regular audit to improve this aspect of his clinical practice.

Two months later the GDC responds to say that the case examiners have concluded that there is no impairment in the Dr K’s fitness to practise, but that the standard of care provided was insufficient in diagnostic assessment, prevention/aftercare and record keeping. The case is closed with "formal advice" in these areas.

...The letter states that Dr K incorrectly attributed the patient’s ongoing jaw pain to an impacted LL8 and failed to investigate other potential causes...

...The dentist points out that it was unfortunate that Mr V was ten minutes late for a 15-minute appointment slot, leaving only five minutes for assessment and treatment...

...BPE scores should have been recorded at every patient review and the expert doubts the accuracy of the first BPE, given the patient’s bleeding gums and subsequent scores...