... A form was drawn up mistakenly stopping all bumetanide scripts... 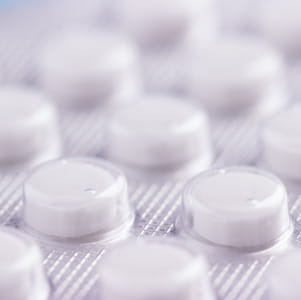 Mr K has been recently feeling poorly and a home visit is arranged with his GP – Dr L. A discussion with input from the patient’s wife reveals a two-week history of shortness of breath and a slight increase in leg swelling. Mr K also complains of a cough. Chest examination reveals crepitations in the right mid and lower zone and the left lower zone and there is bilateral pitting oedema up to the knees. Dr L prescribes amoxicillin for a presumed chest infection.

Mr K is already taking bumetanide 1mg twice daily and the GP adds an additional 500mcg on alternate days to treat a possible slight worsening of his heart failure. Dr L arranges for renal function to be checked after one week.

Dr L makes another home visit for follow-up ten days later. Mr K’s renal function had been found to be stable and the patient is feeling “much the same”. Chest examination reveals some fine bilateral crepitations and further blood tests are arranged. The GP decides to discontinue the additional bumetanide dose as it appears to have produced no significant benefit. He records in the notes: "hold off further bumetanide".

Three weeks later the local pharmacy receives a routine repeat prescription request for bumetanide (along with other medications) and a script is printed off for the half tablet on alternate days. Another GP – Dr O – is given this prescription to sign but notes the comment by Dr L in the records. Dr O asks an admin team member to inform the pharmacy that the extra dose of bumetanide is not to continue.

Two days later Mr K dies in hospital with the cause of death certified as: 1.a. left ventricular failure and aortic stenosis with chronic renal failure under section 2.

A claim for clinical negligence is received by the practice from solicitors acting on behalf of Mrs K. It alleges that the failure to prescribe her husband’s normal dose of bumetanide was a clear breach of duty and led to his untimely death.

ANALYSIS/OUTCOME: The practice undertakes a significant event analysis which finds that the pharmacist contacted the practice a month before the patient’s death to query Mr K’s repeat bumetanide prescription. In response, practice staff printed out the prescription for the half-tablet on alternate days. This was presented to Dr O who on seeing Dr L’s note instructed that a change medication form be completed discontinuing the extra dose of bumetanide. Instead, a form was drawn up mistakenly stopping all bumetanide scripts, including the 2mg daily.

MDDUS instructs an expert in primary care to review the case and she concludes that the medication error represents a clear breach of duty of care to the patient by the practice.

A consultant in cardiology is also asked to comment on the question of causation (consequences of the breach). He consults both practice and hospital notes in regard to the patient’s care. On admission to hospital, Mr K was reported to have increasing shortness of breath with bilateral crepitation indicating fluid in the lungs. Blood tests showed moderate to severe renal failure with significantly elevated blood glucose and additionally a dangerously elevated potassium level. An ECG indicated left ventricular hypertrophy. Cardiology staff elected to manage the patient conservatively due to his age and parlous condition.

The expert concludes that the sudden removal of treatment with a powerful diuretic certainly contributed to the patient’s rapid decline – although uncontrolled diabetes and renal failure were also significant factors in his hospital admission and death.

MDDUS offers to settle the case with the agreement of the practice partners.