...The expert questions why Ms N did not consider something more than just a slow-healing socket – especially when the adjacent molar had been extracted with normal healing...

BACKGROUND: Mrs P is a 65-year-old former smoker with a history of periodontal disease and bone loss. She visits her dentist, Ms N, with a painful lower right second molar. Ms N diagnoses periodontal abscess. The tooth is removed and postoperative instruction given.

Two weeks later Mrs P returns to the surgery complaining of pain and a “sour taste” in the lower right quadrant. An infected socket is diagnosed and the socket is irrigated and drained appropriately. Ms N prescribes a course of antibiotics but after four weeks the socket is still very inflamed. On radiograph the socket appears clear and normal although there is obvious bone loss around the adjacent molar. 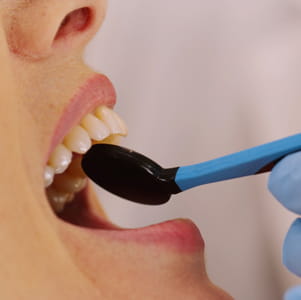 In a later review appointment Ms N notes that healing is better but still not complete. A further review is scheduled for one month and at this appointment Mrs P now complains of pain in the adjacent lower right first molar. Ms N notes pus around the gum margin and that the adjacent socket is still inflamed. She extracts the first molar and again provides postoperative instruction.

ANALYSIS/OUTCOME: MDDUS commissions two expert reports. A GDP expert considers the care provided by Ms N and supports the decision to extract the second molar given the patient’s history of periodontal disease and the radiographic evidence of bone loss. He also finds nothing inappropriate in the initial diagnosis and treatment of an infected socket and a suggestion that infection in the adjacent molar may have contributed to the slow healing.

The expert does however question why Ms N did not consider something more than just a slow-healing socket – especially when the adjacent molar had been extracted with normal healing. His view is that a referral should have been made at this point and certainly an urgent referral at week 18.

An expert report on causation (the consequences of any breach in duty of care) by an oral maxillofacial surgeon is also not supportive of Ms N’s care. In his opinion the cancer would have been present before the first extraction and the failure to act on the abnormal healing contributed to the delay in diagnosis. This was further exacerbated by the lack of an urgent referral at 18 weeks.

The question of an earlier diagnosis leading to less radical treatment is not so clear cut. The expert states that the necessary surgery (involving tracheostomy, neck dissection, access and free-flap reconstruction) would likely have been similar in scale if carried out earlier but the tumour would have been smaller and subsequent radiotherapy might not have been indicated. Prognosis in oral cancer is obviously better the earlier the diagnosis.

Oral cancer still on the rise