...It is alleged that the practice was negligent in taking over 50 days to complete the insurance form, thus resulting in the policy not being issued and paying out on Mr B’s death... 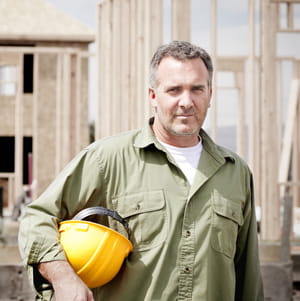 BACKGROUND: Mr B is 49 years old and married with two teenage children. He works for a large construction firm and has decided that he wants to start his own business doing smaller residential projects. Discussing the particulars with a financial adviser he agrees that extra life insurance would be wise and he contacts one of the major providers. He fills out a form and provides contact details for his GP surgery in order to request a medical report.

Four days later the surgery receives a request from the insurance company for a GP’s report, with a form for completion. This is acknowledged by the practice administrator.

A letter is received from the insurance company over a week later chasing the report. The administrator responds by email to say it is practice policy not to complete insurance reports until the fee has been paid. She attaches an invoice to the email. Notice of online payment is registered by the practice next day.

Mr B collapses on a construction site, complaining of severe chest pain. He is taken by ambulance to the local A&E and admitted but later suffers a cardiac arrest and cannot be resuscitated. A post mortem indicates that the cause of death was myocardial infarction. It also emerges that Mr B had for a number of years suffered from chronic kidney disease (CKD).

Just over seven weeks after the initial request a report is completed by a practice GP and sent to the insurance company. It is noted on the form that the doctor had been requested to pay particular attention to Mr B’s recent history of kidney disease and to forward all relevant specialist reports.

ANALYSIS/OUTCOME: A claim of negligence is received from solicitors acting on behalf of Mr B’s wife in relation to the delayed insurance form. It is alleged that the practice was negligent in taking over 50 days to complete the insurance form, thus resulting in the policy not being issued and paying out on Mr B’s death. This has left his family in serious financial difficulty.

MDDUS obtains an independent expert opinion from a GP. The expert agrees that the time taken to complete the report was not in keeping with usual and standard practice. He refers to an agreement between the BMA and the Association of British Insurers advising that a 20 working-day period is a reasonable time frame for medical reports of this nature.

But in regard to causation (consequences of the negligence) the GP expert concludes that even if the form had been completed and returned within 20 working days of the invoice being paid it is likely that the insurance company would have requested further assessment or comment in regard to the patient’s history of CKD. Given the time required to do so – in addition to the insurance company’s stated seven-day review period – MDDUS considers that on the balance of probabilities the policy would not have been issued before Mr B’s death.

An MDDUS solicitor drafts a letter of response to the claimant solicitors denying liability. It is acknowledged that there was a breach in duty of care to Mr B and his family but causation is denied. Six months later MDDUS receives notice that the case will not be proceeding.