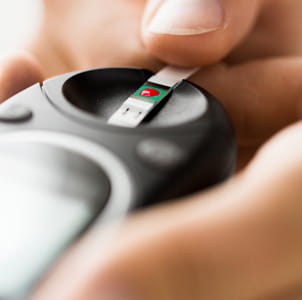 BACKGROUND:Mr A is 53 years old and obese (BMI 34) and has type 2 diabetes. He attends his local surgery with a deep infected ‘crack’ in his right heel. His foot is swollen and he also feels generally unwell with nausea and vomiting. One of the GP partners – Dr T – examines the foot and prescribes oral antibiotics. The patient then sees the practice nurse for advice on dressing the wound.

Three days later Mr A returns to the practice and this time is seen by another GP – Dr F. He examines the foot and notes that it is “hot” and swollen. The patient’s temperature is found to be 36.5 and he still complains of nausea and vomiting. A diagnosis of cellulitis is made and Mr A is referred to A&E.

An emergency physician exams Mr A’s foot and notes a “necrotic ulcer” on the right heel and a 6 cm blister mid-sole. Foot pules are palpable. The entire foot is very swollen with multiple air pockets in the forefoot and adjacent to the calcaneum but there is no evidence of osteomyelitis. Mr A is admitted and commenced on intravenous antibiotics. Emergency surgery later reveals extensive tissue necrosis.

The infected foot proves unresponsive to antibiotic therapy and six days later Mr A undergoes a below-knee amputation. He makes a good recovery and is discharged from hospital two weeks later.

A letter is received by the practice from solicitors alleging clinical negligence in the delayed referral of Mr A for emergency treatment of his infected foot – but also in failing to provide adequate long-term care which would have prevented the outcome.

ANALYSIS/OUTCOME: MDDUS lawyers review the allegations and instruct a primary care physician to provide an expert report on the case. In reviewing the notes it is revealed that Mr A was diagnosed with type 2 diabetes four years previous after attending the surgery with a non-healing foot ulcer. Notes from that consultation state that the patient was commenced on metformin tablets and given dietary advice. His BP was found to be 154/93.

Over the four-year period Mr A was invited to attend the practice numerous times for routine diabetes care but did not respond. A number of letters were also received by the practice over that period from the local eye hospital service stating that Mr A had not replied to invitations for retinopathy screening. Mr A’s only routine contact with the practice was for repeat prescriptions of the metformin tablets.

In that period Mr A attended the practice only once for a chest infection. His BP was found to be 173/108 and he was given an appointment for a week later to recheck his BP but did not attend.

It is alleged in the letter of claim that the practice failed to manage the various risk factors for peripheral vascular disease in the patient – namely excessive weight, high BP and blood glucose control. The primary care expert comments that this might seem principally due to Mr A’s reluctance to engage with the practice in regular preventative healthcare. Checking the notes, however, the expert finds little or no evidence of any education provided to Mr A by the practice regarding the implications of diabetes or advice about lifestyle apart from diet.

The expert also questions why there is no record of antihypertensive therapy being considered, nor evidence of a frank opportunistic discussion with Mr A regarding his “non-engagement” when later attending for the chest infection.

In regard to the subsequent consultation over the infected foot, the primary care expert concludes that Dr T should have referred Mr A urgently for acute care with a local multidisciplinary foot service as per NICE guidelines. Dr T also recorded no assessment of systemic illness (temperature, heart rate, blood pressure), nor consideration of the patient’s diabetes or vascular status (foot colour and pulses).

An expert view on the consequences of this breach of duty is commissioned from a consultant endocrinologist. He offers the opinion that if the patient had received and followed appropriate ongoing advice on blood glucose control and diabetic foot care the risk of infection would have been greatly reduced – but he acknowledges this would be much dependent on patient compliance.

In regard to the delayed referral for the foot infection it is viewed unlikely that immediate specialist in-patient treatment on the day of the first consultation would have led to a different outcome.

MDDUS in consultation with the GPs involved agrees to settle the case out of court.