....It is alleged that both doctors failed to carry out an adequate examination, consider a diagnosis of hip fracture and offer an orthopaedic referral... 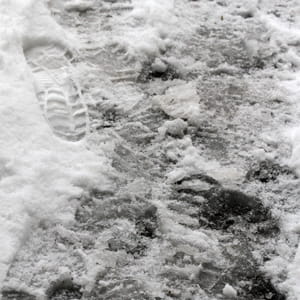 BACKGROUND: A 64-year-old businessman – Mr H – slips on pavement ice walking home from work and injuries his right hip. He spends an uncomfortable night and the next morning – a Saturday – he attends a walk-in primary care centre.

Mr H is seen by a triage nurse and is found able to weight bear but with pain. Examination reveals a good range of movement in both the right knee and hip. Later he is examined by Dr J and a diagnosis of “soft tissue injury” is recorded. Mr H is advised to take ibuprofen and restrict activities to gentle exercise/walking. He is further advised to contact his own GP if symptoms do not resolve.

Three weeks later Mr H attends his GP surgery and is seen by Dr T. The clinical record shows a history of a recent slip on ice and now the patient is suffering with a limp and persistent hip pain. Examination reveals hip flexion to 30 degrees and then "pain which is eased by knee flexion until 60 degrees". There is tenderness over the greater trochanter and in the groin. He refers Mr H for physiotherapy and prescribes naproxen.

Mr H is seen by the physiotherapist a few weeks later. She records symptoms of restricted movement and ache in the right hip and recommends a number of exercises. The patient is seen again twice over the next month but little or no improvement is noted. She advises Mr H to continue with his exercises and refers him for an X-ray.

A month later the patient undergoes a hip X-ray and the local radiology department reports sclerotic change and an irregular trabeculae pattern which is suggestive of an old, impacted sub-capital fracture of the right femur. Mr H is referred to the fracture clinic and the diagnosis is confirmed as an old Garden Grade I fracture with endosteal and periosteal callus formation. It is decided to give the fracture time to heal and assess in three months’ time.

Mr H is reviewed by the orthopaedics department which reports that the fracture is well healed with no obvious avascular necrosis. The hip pain is noted to be subsiding though with some residual stiffness and weakness. Mr H had complained of numbness in the right foot but a neurological assessment finds no evidence of peripheral neuropathy or sciatic nerve injury.

A claim for damages arising out clinical negligence is subsequently received by both Dr J and Dr T in regard to their treatment of Mr H. It is alleged that both doctors failed to carry out an adequate examination, consider a diagnosis of hip fracture and offer an orthopaedic referral, despite key indicators including considerable pain, altered gait and restricted joint movement. This meant the patient was denied prompt treatment for the fracture and left to suffer pain and ongoing neurological complications.

ANALYSIS/OUTCOME: MDDUS acting for Dr T takes advice in regard to the claim of breach of duty and also the ongoing consequences of the missed diagnosis (causation).

An expert reviews the patient notes and finds the history and examination as recorded by Dr T was adequate. Mr H was observed to be weight-bearing and hip flexion was considered. All symptoms were recorded. But it is accepted that Dr T failed to diagnose the patient’s hip fracture, although it is noted that the possibility of a fracture had already been considered by the triage nurse and Dr J and thought not to warrant further investigation.

Mr H also alleges that had the referral been made earlier by either doctor he would have received prompt treatment for his fracture and not suffered ongoing pain and “neurological complications”. MDDUS commissions an expert report from an orthopaedic surgeon in regard to the impact of these consequences (causation).

The expert notes that the patient’s facture was a minimally displaced Garden Grade 1 fracture. Had Mr H been referred in the few weeks after his fall the X-ray would have been similar to later findings, as the fracture did not displace further. Earlier treatment would not have led to significant changes in the outcome.

The expert also finds no evidence of serious ongoing complications, such as avascular necrosis, and there is no evidence of arthritis nor is this expected to develop later as the hip joint is undamaged. The fracture healed well and subsequent nerve conduction studies were normal.

On this basis causation is denied and MDDUS sends a letter of response contesting the claim. Solicitors acting for Mr H later reply stating that the claim has been discontinued.