...The GP is alleged to have failed in not referring Ms P for an emergency ultrasound scan and this in turn resulted in a significant delay in diagnosis, leaving surgery as the only viable treatment option... 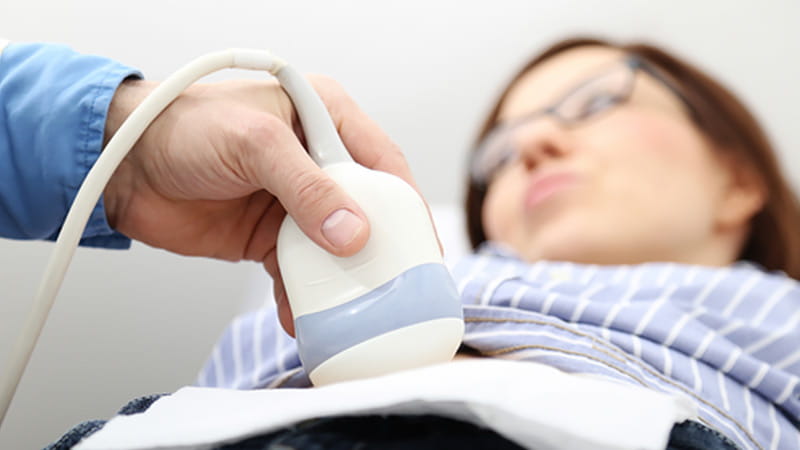 BACKGROUND: Ms P is 32 years old and attends her GP surgery complaining of abdominal pain. Dr R records a history of long-standing iliac fossa pain not related to the patient’s menstrual cycle. The pain is intermittent – a few times a week – and lasting five or so minutes. Dr R examines Ms P and takes a vaginal swab. He informs the patient that a laparoscopy might be considered if the swab is negative. A week later the swab comes back negative and Ms P is contacted for an appointment but does not attend.

Two weeks later Ms P is back at the surgery still complaining of cramps. She informs Dr R that she recently took a home pregnancy test which proved positive. The GP estimates that she must be around four weeks pregnant going by the date of her last period. The pain is intermittent and “not like period cramps”. She has also noticed some brownish spotting on wiping.

Dr R examines the patient and then advises her that if the pain or bleeding increases to contact the practice and he will arrange an ultrasound. He then refers Ms P to a midwife for antenatal care and also requests that Ms P provide a urine sample for analysis but this shows no sign of urinary tract infection.

Two weeks later Ms P returns to the surgery. She reports still having some minor bleeding and the cramps have returned. Dr R examines the patient and finds her not particularly unwell and arranges for her to be seen the next morning at hospital in the early pregnancy assessment unit. But that night Ms P’s husband drives her to A&E suffering with extreme abdominal cramps and a bloody vaginal discharge.

The examining physician records lower abdominal tenderness with brownish blood and tender cervix on internal examination. She is put on IV fluids and referred to the on-call gynaecologist. A scan reveals a large amount of free fluid in the pelvis and a diagnosis of likely ectopic pregnancy is made.

Ms P is taken to theatre for a laparoscopy and is found to have a ruptured left tubal ectopic pregnancy. She undergoes a left salpingectomy and requires a blood transfusion. She makes a good recovery and is discharged four days later.

It is alleged that the GP breached his duty of care on her first visit by failing to ask when her last period was and whether it was normal and if she had any other bleeding. The letter further alleges that on the second visit the GP failed to record the patient’s blood pressure and pulse rate to establish if she was haemodynamically stable and also failed in not referring Ms P for an emergency ultrasound scan. This in turn resulted in a significant delay in diagnosis, leaving surgery as the only viable treatment option.

ANALYSIS/OUTCOME: MDDUS assesses the case against Dr R and commissions expert reports from a primary care physician and a specialist in obstetrics and gynaecology.

The primary care expert is somewhat critical of the GP’s failure at the first consultation to record a menstrual history and the date of last period. In regard to the second consultation he is of the opinion that it was not unreasonable for Dr R to judge that the intermittent and radiating pain reported by the patient was a continuation of that previously reported as it was atypical of ectopic pregnancy. But he is critical of the GP in not recording a BP and pulse and referring the patient for an ultrasound, most likely for a suspected miscarriage.

The O&G expert is of the opinion that a scan carried out at this stage would have shown the lack of intrauterine gestation sac, with serum HCG level testing confirming a probable ectopic pregnancy and allowing the option of non-surgical treatment with methotrexate.

Given the vulnerabilities in defending the case, MDDUS, in agreement with the member, negotiates a settlement.