...It is alleged that the dentist failed to inform the patient of the benefit-versus-risk of the crown lengthening procedure and the later gingivectomy... 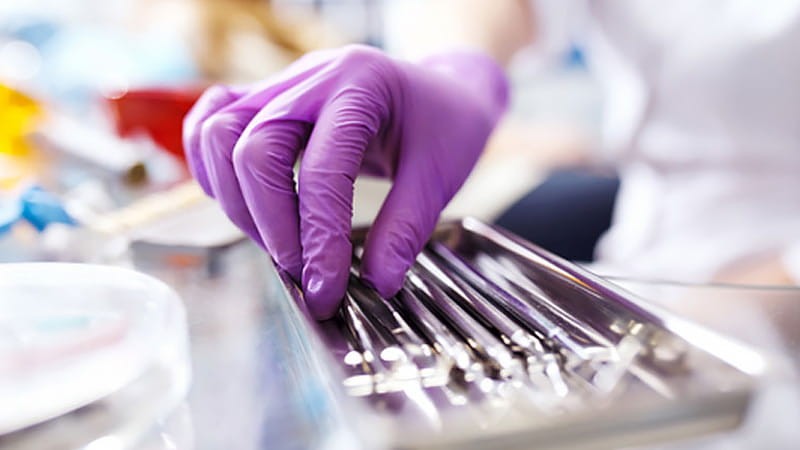 BACKGROUND: Ms G is dissatisfied with her "gummy" smile and consults with a private dental surgeon – Dr B. On examination the dentist notes a high smile line with the upper lip approximately 3mm above gingival margins. Dr B advises the patient that a crown lengthening procedure on the upper eight front teeth followed by the provision of porcelain veneers would remedy the condition.

The dentist takes impressions for study models and Ms G re-attends the surgery for a discussion of the wax-up. The patient agrees to the procedure which is carried out one month later. A full thickness buccal flap is reflected and gum and bone tissue removed. Mattress sutures are applied interproximally. The patient later reports significant pain and an inability to eat for days after the procedure.

Three months later veneers are fitted and Ms G continues to suffer upper quadrant pain with inflammation and bleeding, along with food packing in her gums. She attends Dr B for numerous reviews over the next year and subsequently undergoes a gingivectomy in order to alleviate the chronic inflammation.

Ms G then consults another dentist for a second opinion and is referred to a periodontal specialist for ongoing treatment.

A year later Dr B receives a letter of claim for clinical negligence in his treatment of Ms G. It is alleged that the dentist failed to inform the patient of the benefit-versus-risk of the crown lengthening procedure and the later gingivectomy; nor did he carry out these procedures to accepted standards or refer Ms G for specialist treatment and advice when clinically indicated. This has resulted in ongoing pain and suffering along with eating difficulties.

ANALYSIS/OUTCOME: MDDUS instructs an expert in dental surgery to provide an opinion on the case. The expert assesses the clinical notes and all associated papers along with clinical photographs and the wax-up models. In the opinion he is critical Dr B on a number of accounts. He believes the records do not demonstrate adequate discussion of the crown lengthening procedure with the patient – including the risks-versus-benefits.

The expert notes on the clinical photographs that Ms G has a very high smile line and it is debatable if the procedure as planned would have remedied her tooth-gum junction being visible. A wax-up in itself is not particularly helpful as the lip line cannot be assessed. It also did not show the extent of preparations carried out in the procedure which were quite "invasive" in terms of tooth volume removed and thus it is questionable whether consent was fully informed.

In his report the expert also contends that the use of composite provisional veneers would have allowed Ms G to see possible improvement with no or minimal preparation of the teeth.

The need for gingivectomy is also questioned as there was nothing in the records to show Ms G had increased pocket depths or the need for papillae width reduction. The expert believes the bleeding and inflammation were more likely due to inadequate plaque control and gingival irritation along the veneer margins.

In view of these vulnerabilities in any potential defence MDDUS solicitors in agreement with Dr B settle the case with no admission of liability.

Clinical guidelines are not statutory codes - clinicians must use professional judgment in applying the principles to each unique situation they encounter.