...The notes also reveal that the GP considered the possibility of head injury in that he recorded that there were no associated symptoms... 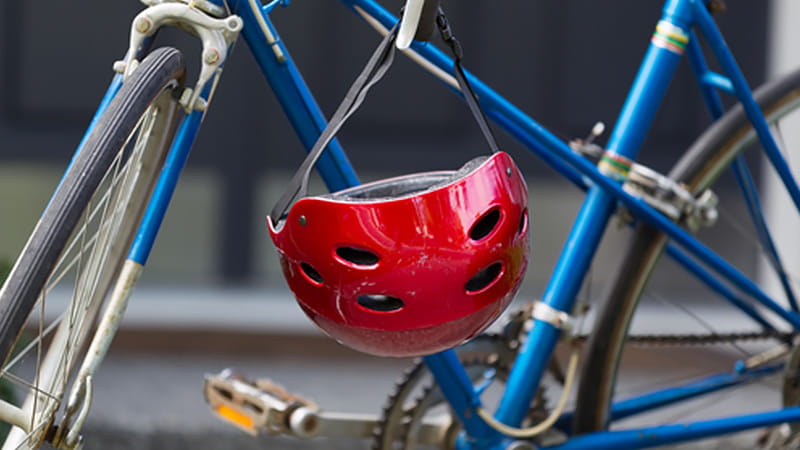 BACKGROUND: Ms B is 64-year-old diabetic and attends her GP surgery for a routine discussion of her repeat prescription. In the consultation with Dr M the patient mentions that two weeks ago she had a spill on her bicycle and banged her head on the pavement though she was wearing a helmet. Since then she has been suffering some "mild" headaches.

On further questioning, Ms B reports that there have been no associated symptoms such as loss of consciousness or visual impairment. The GP also checks her blood pressure and pulse and examines the central nervous system and no abnormalities are detected. Dr M advises Ms B to return if the headaches have not resolved within two weeks.

A month later Ms B attends the surgery complaining of neck pain shooting up into her head and around her ears. The pain is making it difficult for her to do her yoga class three times a week. Ms B mentions the bicycle accident again and her recurring headaches but says there is no pattern and speculates that it “probably has nothing to do with that”.

Dr M takes the accident into consideration and in the notes records that there is no reported vomiting, drowsiness or confusion. In the end he diagnoses neuropathic pain possibly associated with previously diagnosed cervical spondylosis. He prescribes amitriptyline and advises Ms B to contact the surgery again if the prescription is not effective or there are any side-effects.

Two weeks later Ms B is brought in to A&E by a friend. She complains of severe headache and unsteadiness on her feet. Emergency staff assess her condition and she is later discharged home with a referral to a rapid assessment clinic at the hospital the next day.

A consultant at the rapid assessment clinic sees Ms B the next morning and notes that apart from the reported headache her neurological examination is unremarkable. He refers the patient for a CT scan. This reveals an acute on chronic subdural haematoma and Ms B is referred for urgent neurosurgical intervention. The procedure proves complicated due to long-standing blood clots and two days later Ms B suffers another bleed and requires a further procedure.

ANALYSIS/OUTCOME: Ten months later Dr M receives a claim for damages from solicitors representing Ms B. It is alleged that the GP failed to identify that the patient had suffered a severe head injury and then further refer Ms B for a CT scan that would have revealed a subdural haematoma. It is claimed that this led to Ms B suffering severe pain over an extended period of weeks and also more complicated surgical treatment.

MDDUS commissions a medical expert to assess the patient records and accounts from the GP and the patient. In her statement Ms B claims that she presented to the practice on two occasions with severe and intense headaches but this is at odds with contemporaneous notes in which the headaches are described as “mild”. The notes also reveal that the GP considered the possibility of head injury in that he recorded that there were no associated symptoms.

In the second consultation the complaint is of neck pain. The expert concludes that again with no history of loss of consciousness, confusion, dizziness, vomiting or visual disturbance it would be perfectly reasonable to suspect a problem with the cervical spine given the patient’s history. The expert writes: “This is a diagnosis that any ordinarily competent GP would have arrived at”.

On this basis the expert concludes that Dr M would have had no grounds to refer the patient for specialist neurological assessment after either consultation. Indeed he believes the evidence points to a deterioration of Ms B’s condition sometime in the 12-day period after the second examination by Dr M.

MDDUS lawyers write back to the patient’s solicitors denying the breach of duty of care. The claim is subsequently dropped.