The moral of the tail

A VISIT with her pets to the veterinary surgery offers Deborah Bowman the chance to reflect on its ethical culture compared with healthcare professions. 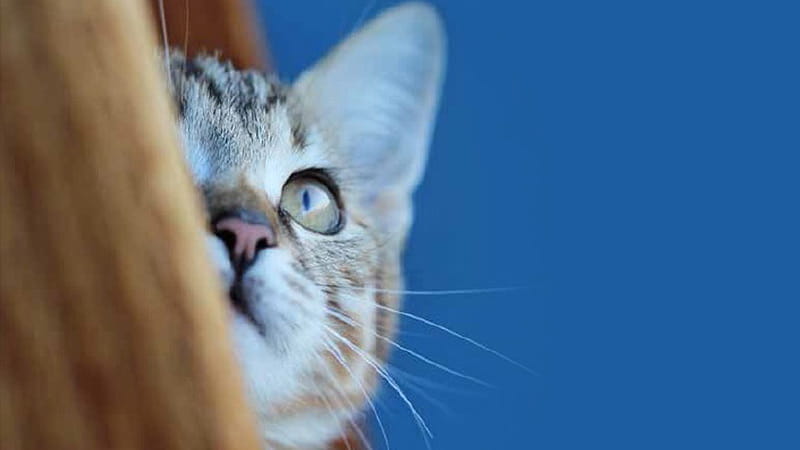 I HAVE spent more time than I would have wished in my local veterinary surgery over the last eight weeks.

Fat cat and neurotic thin cat have developed a range of injuries, symptoms and signs that would, between them, make a decent OSCE circuit in membership examinations. This time at the vets has led me to reflect on its ethical culture compared with healthcare professions. As I have sat shielding neurotic thin cat from the feisty British bulldog in the waiting room and trying to stop fat cat from battering his way out of his carrier to get to the parrot opposite, I have reflected on and learned much from the comparisons.

Compassion is everything. It is a uniquely powerful tool in any clinical setting. Compassion, when it is evident in everyone within a practice or team, instils confidence and trust. Everyone we met was kind to the creatures, both with and without fur. In common with most, if not all, medical and dental practices, the phones rang constantly, people presented in varying states of heightened emotion, patients were frightened and often in pain, yet the calm and gentle way in which every person responded was immeasurably therapeutic.

Showing compassion is the simplest and yet also the most demanding requirement in healthcare. “Simple” because it does not depend on complex knowledge or advanced technical skills; “demanding” because being consistently kind, responsive and engaged with people when you’re exhausted, overwhelmed or simply stressed are constant challenges.

Familiar concepts such as confidentiality and consent are different beasts when applied to, well, beasts.

Familiar concepts such as confidentiality and consent are different beasts when applied to, well, beasts. Confidentiality did not seem to be a consideration for either the staff or patients in the veterinary surgery. Conversations between clinicians and owners took place in the reception area. I learned more about hernias in dogs, continence in rabbits and pancreatitis in cats than I ever expected to from waiting for an appointment. I knew the patients’ names (often highly entertaining and sometimes inexplicable: a guinea pig named “Alan” anyone?), addresses and symptoms simply from sitting in the waiting room. I watched as drugs were explained in front of a two and four-legged audience and administration techniques were demonstrated before men, women and their best friends left the building.

Consent was negotiated with great care and attention, albeit with a proxy rather than the patient. Indeed, I bear the scars of fat cat’s and thin neurotic cat’s forceful expression of their refusal of treatment. Nonetheless, George the vet proceeded to examine, inject, swab, debride and dress their respective wounds. I was given detailed explanations of the rationale for every intervention and the options available for treatment. I was invited to choose between types of antibiotics – the third-generation and long-acting injection or the traditional oral version. Looking at my own scars, I made my choice based less on feline best interests and more in my own best interests wishing to avoid further injury as I flailed around trying to administer tablets to the patients in question.

The balance of individual and third-party interests was considered in other ways too. The antibiotic conversation included a discussion about resistance and the suggestion to swab was as much to vitiate the risks and impact on antibiotic effectiveness as it was to ensure that neurotic thin cat and fat cat received the most appropriate treatment. Public and wider community interests also informed a discussion about the need to keep an infectious fat cat inside for 7-10 days given the disastrous combination of his brute size, stupidity, greed in stealing other animals’ food and propensity to fight with any creature that crosses his path. It was, explained George, an ethical imperative to lock that cat flap.

Of course, the elephant in the room (not literally – this is Wimbledon not Regents Park) is money. Every item comes with a price tag. Of course, that is the case in the NHS too, but the difference is that patients need not bear the cost of whatever advice or treatment they are offered. At each turn I am given details of the price of each examination, test, investigation and procedure. And as the figures turn into an ever larger and more frightening total at the bottom of the page, I am calculating whether my current account can take the hit or whether I need to wield the credit card. I am also silently giving thanks for the long-held pet insurance that means that eventually I will receive most, albeit not all, of this money back.

I am fortunate to be able to afford insurance in the first place and not to have to make impossible choices because of cost. Many will not be. I leave grateful for vets and their exemplary staff, but also more grateful than ever for the NHS.