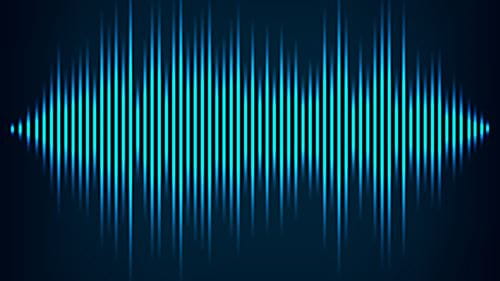 THE constant chorus of beeps and buzzes from patient monitors will be a familiar presence for anyone who works in a hospital environment. These highly calibrated machines throw out alerts for anything from an irregular heart rate or low pulse to a suspected ventilator malfunction or empty IV medication bag.

Doctors and nurses face a constant battle to determine which ones require urgent action and which do not, adding another layer of stress to an already challenging job. Added to the mix is the concern these alarms may cause already fragile patients. Research suggests as many as 99 per cent of alarms in standard hospital wards are unnecessary and not actionable. Even in intensive care units it is estimated that the vast majority are clinically insignificant.

It is no wonder that the issue of so-called alarm fatigue is a key patient safety risk in secondary care. This phenomenon is described by the British Association of Critical Care Nurses (BACCN) as: “The desensitisation of healthcare practitioners to alarms caused by sensory overload resulting from over exposure to an excessive number of alarms.”

Like the boy who cried wolf, alarm fatigue causes staff to delay responding to alerts because they believe they most likely do not require urgent attention. In extreme cases, this can lead to essential alarms being missed, resulting in patient harm or even death.

Much of the research in this area has taken place in the United States, but it describes a global problem. Between 2005 and 2008 there were 566 reports of patient deaths related to monitoring device alarms received by the US Food and Drug Administration (FDA). In 2010, the FDA also received more than 2,500 adverse event reports associated with ventilator use, in which about a third of the events indicated an alarm-system-related issue. It is thought these figures are likely to be an underestimation.

There are many different approaches to tackling alarm fatigue, but one of the newest and most promising focuses on the use of artificial intelligence (AI), or “machine learning”.

In an international study published in the Journal of Internet Medical Research (JIMR) in November 2019 and reported by the Health IT Analytics news site, researchers developed an AI algorithm to reduce the total number of alarms emitted by monitors.

“Tens of thousands of alerts may go off throughout a hospital each day, and yet some 80 to 99 per cent of these audible or visual alerts are false or nuisance alarms, indicating conditions that do not require clinical intervention,” researchers said. The algorithm used a notification delay approach to decide whether or not to group a set of alarms that occur over a short period of time and deliver them together, without compromising patient safety.

To further improve accuracy, the algorithm also decided whether to add a “false alarm probability” label to the notification, and who to notify within the group of care providers.

Experiments using data from 32 surgical cases in which the patients underwent anaesthesia showed the AI algorithm reduced notifications received by caregivers by up to 99.3 per cent (582/586) of the total alarms generated.

Researchers said their algorithm could be a useful means to avoid alert fatigue. They said: “We also expect our approach can be useful for helping to prevent its negative consequences, such as disruption of patient care, disabling of alarm systems by staff, reduction in responding, lack of caregiver response, and real events being less likely to be acted on, among others.”

One institution leading the field in tackling alarm fatigue is Johns Hopkins Hospital (JHH) in Maryland, USA. As part of a multipronged approach, teams there have developed algorithms for alarm escalation and thresholds to make them more actionable. The goal was to reduce the number of unnecessary alerts forwarded to clinical teams.

In a 2018 article on the Becker’s Hospital Review website, JHH clinical engineer Robert Frank said: “One of the best ways to lower the alarm burden for caregivers is to be extremely careful about what gets automatically forwarded to them.

He described how, in the space of just one week, the hospital had more than 61,000 warning levels alarms on their physiological monitors. But thanks to the algorithm, only around 3,000 of these were messaged out to mobile devices. He describes how the algorithms are continually adjusted to take into account the patterns and timing of escalation, as well as alarm thresholds. For example, if a nurse already knows a patient has atrial fibrillation, the alarm doesn’t have to go off each time a non-threatening episode occurs.

But to ensure success, Mr Frank said “everyone needs to be involved”, across every care unit. He recommends appointing “champions” in each unit to act as problem solvers and ask questions; and ensuring you take full advantage of available technology.

There is no single, simple solution to the issue of alarm fatigue. A BMJ Open paper from 2018, Managing alarm systems for quality and safety in the hospital setting, highlighted the importance of alarm training and education for staff, encouraging an alarm safety culture and steps such as ensuring monitors are configured to individual patients. It noted: “Improving alarm safety can be achieved by incorporating human, organisational and technical factors in an integrated approach.”

Making big changes to any element of healthcare provision is never easy and requires a concerted effort from clinical leaders and their teams. In its 2013 report The hospital of the future, University of Oxford researchers concluded: “The benefits which may be derived from these technologies are strongly dependent on implementation, with poor-quality deployment likely to worsen patient care.”

With so much potential to reduce the pressure on overstretched healthcare teams, AI may yet find its champions in the NHS.