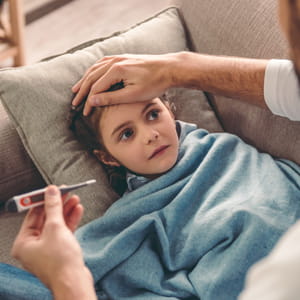 TOWER Hamlets in London faces some tough challenges when it comes to healthcare. This inner city borough has the highest rate of child poverty in the capital at 43 per cent. Healthy life expectancy in men is among the lowest in the country at 61.3 years compared with 63.1 years nationally. The borough also has high premature death rates from circulatory disease, cancer and respiratory disease, along with high rates of diabetes, particularly among its Bangladeshi community.

Addressing these challenges on a daily basis is Bromley by Bow Health (BBBH) – a partnership of three surgeries located in the heart of Tower Hamlets. It is affiliated with the pioneering Bromley by Bow Centre: part church, part charity, part community hub, with a reputation for innovation and experimentation in social care. It was here in 2013 that Dr Khyati Bakhai (pictured below, left) started her career as a GP partner, nine months into a Darzi Fellowship for clinical leadership.

An ideal choice, as this would prove the genesis of an innovative new programme that could in future help ease the burden on primary care provision across the UK.

Just after starting at BBBH’s St Andrew’s Health Centre, Khyati noticed that parents of children under the age of five were frequently reattending for minor ailments that could easily be dealt with at home, such as diarrhoea, fever and viral coughs and colds.

"I started inquiring about this with some of the patients,” says Khyati. “And they said either they didn’t have the knowledge or the confidence or just someone else to speak to about these issues, and this was what was often driving them to come and see the GP."

This led Khyati and her colleagues to recognise that more needed to be done to help parents and carers manage their children’s health at home and to know when to seek further help. It’s a challenge reflected across UK healthcare.

A significant proportion of primary care demand comes from patients attending for self-treatable conditions. An estimated 27 per cent of patients seen in GP appointments could actually be getting necessary advice elsewhere. Figures from 2016 show that minor conditions and illnesses were responsible for approximately 57 million GP consultations and 3.7 million A&E attendances, costing the NHS more than £2bn – resources that could be better employed elsewhere considering the increasing demands of an ageing population with complex morbidities.

Khyati discussed the issue with her practice partners. "Looking on a borough-wide level we found children nought to five were behind some the highest spend in A&E attendances and the majority of these were for minor ailments. But when we looked at the wider data we found it wasn’t just a local problem but a UK issue. So we decided to create something that could be used nationally and replicated in different settings."

In her project work as a Darzi Fellow, Khyati employed a development methodology known as co-production. Rather than simply consulting on what’s needed, co-production involves users (patients) directly in the design, delivery and evaluation of a service. It places them in partnership with professionals using “participatory action learning techniques” to ensure the effective transfer of knowledge, skills and capabilities. The method has been shown to improve outcomes and intervention effectiveness.

"The partnership supported the facilitation of focus groups and we worked with patients at the outset to determine exactly what was needed and in what context,” says Khyati. “The patients themselves then helped us pitch for funding."

A six-month pilot was costed as part of the Tower Hamlets CCG Innovation Bursary Fund. Khyati worked with Patient First manager Emma Cassells, parents and other stakeholders to implement a peer-to-peer learning programme. This was the genesis of DIY Health: 0-5.

DIY Health is delivered in eight to 12 two-hour sessions, catering for up to 12 parents per session. Topics covered include management of fever, diarrhoea and vomiting, skin conditions, coughs and colds, ear pain and feeding. The programme also utilises play specialists to involve the children and ensure childcare is not an issue.

Over 300 families have taken part in DIY Health since 2013 and the scheme has also trained several parents who can now facilitate the programme.

Says Khyati: "Once we piloted the programme we started seeing huge benefits and not just in children’s health. It reduced isolation and parents were able to talk to each other about their own wellbeing. It addressed problems that we had not even necessarily identified."

Evaluation of the next phase conducted in partnership with the Anna Freud Centre and Professor Monica Lakhanpaul and Carol Irish working with UCLPartners showed an increase in knowledge, confidence and skills to manage a wide range of health issues for all parents involved, and high levels of co-production throughout the programme. Quantitative results revealed a 36 per cent reduction in attendance for minor ailments to GPs, emergency departments, out-of-hours clinics, and walk-in centres in the 12 months following the programme.

Reducing the burden on primary care services has been an important outcome of the programme but was not the prime motivation for Khyati. "The aim is to get people the most appropriate help in the most efficient way. We have seen a change in people in that they are more confident accessing resources online and minor ailments schemes directly through the pharmacy." 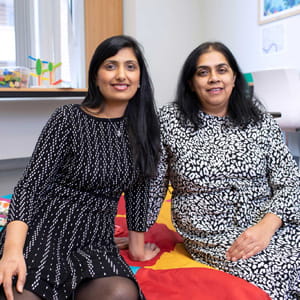 Another unique characteristic of the programme is its multidisciplinary approach. Says Khyati: "It started off with medical professionals, then health visitors and now we have non-clinicians facilitating these sessions. We are giving our non-clinical staff a wider role in improving people’s health – and this improves staff satisfaction."

Nasim Hafezi (pictured, right) joined BBBH four years ago, working as a patient assistant in reception. "An email went around the practice to see who might be interested in DIY Health,” she says. “I was a bit bored with what I was doing to be honest. Something about it really interested me."

Nasim worked at first with a nurse but now co-facilitates DIY Health sessions with other non-clinical staff.

She says: "In a way I think it’s better to be non-clinical because you speak the same language. You’re not making everything clinical. But if there’s any problem, if I’m not sure how to answer a question, I know there’s a clinician I can go to. That’s never an issue.

"It’s a very informal session. Not us standing in front of a blackboard and saying you must do this. It’s the parents who decide what topics they want to discuss for the following week."

Nasim also insists the programme is not just about health but also community – about helping each other. "Most of the parents know what they are supposed to do but just need some reassurance. It’s about sharing other parents’ experiences, their stories – especially now in this day and age when people may not have family nearby.

"One of our parents said to me: 'this is the only place where I feel I can talk about my children without being judged'. That is so important."

It’s these wider benefits that contributed to DIY Health being honoured in the 2019 BMJ Awards as Primary Care Team of the Year. The judges said they were particularly impressed by the way in which the project empowered and connected local parents. "There were obvious immediate benefits for parents, their children and health providers. And also a long-term ripple effect into the local community."

BBBH are keen to spread the DIY Health ethos of co-production and participatory learning across the UK and have produced a free toolkit. Khyati says her top advice for anyone undertaking a similar approach is not to start from scratch but to reach out.

"Get in touch with us or anyone who is doing something similar. Start from a point they have left off so that we are not all reinventing the wheel."

Khyati can be contacted via email at k.bakhai@nhs.net