A reflection on imposter syndrome and how to deal with it 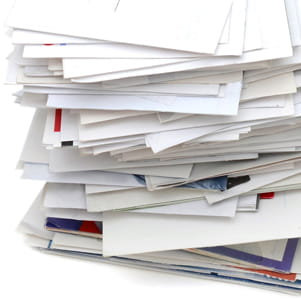 FOR years, I’ve kept a file. It’s in the bottom drawer and labelled ‘letters for rainy days’. In it I keep all the nice ones. The thank you notes, the letters of recommendation, all the ones that start, ‘I am pleased to…’. I don’t look at it very often but I know it’s there. It’s the tangible evidence that helps counter all those niggling doubts, the lack of confidence and the feeling that I’m a fraud.

Despite the name it often goes by, the so-called ‘imposter syndrome’ is not a medical condition. It’s not a form of mental illness nor something that needs to be cured. Really, it’s just a way of thinking about how we measure up in the world, and it’s extremely common.

Ever sat in a meeting, looked around and heard an inner voice say, what are you doing here? You know they’re going to find you out, don’t you? Ever given a presentation after a poor night’s sleep, unable to settle because of the anxiety that they’ll all know more than you? Ever got the job and told yourself, they must have been desperate, there must have been a mistake?

If you recognise any of these scenarios, welcome to the club. And it’s a very big club. Well over two-thirds of everyone who has ever achieved anything has thought like this at some point. As a phenomenon, it was formally described in the late 1970s by American clinical psychologists, but of course it’s been around a lot longer than that and crops up in unlikely places.

For example, the Academy Award winning actress Meryl Streep is quoted as saying: “You think, ‘why would anyone want to see me again in a movie? And I don’t know how to act anyway, so why am I doing this?’”

And look at what one scientist had to say about his achievements: “The exaggerated esteem in which my lifework is held makes me very ill at ease. I feel compelled to think of myself as an involuntary swindler.” And that was Albert Einstein, the most celebrated physicist of the last 500 years.

So what do these people have in common? They’re all talented, all hard working, but most importantly they are all successful. Real frauds and true incompetents rarely, if ever, feel like imposters. The former don’t care enough and the latter achieve nothing to make them feel undeserving.

Why do we do this to ourselves? It stems from the fact that the only mind we can access is our own. We have an internal life — thoughts, feelings and insecurities — that only we can glimpse. Of course, everyone else has exactly the same, but we can only see the surface and often that looks completely at ease with the world. As such, we naturally start to think that it’s just us who feel like this, that we are the only ones in the room, or on the ward round or on the shortlist who really shouldn’t be there. Everyone else is smart and assured, confident and deserving, but not us.

Although you cannot share other people’s insecurities first-hand, what you can do is realise, quite objectively, that they all have them and that they are no different from you. And you can even let some of that awareness temper the self-doubt. You know you’re not the best or most talented person in the room but just how good are the rest?

Former First Lady Michelle Obama has admitted to feeling like an imposter. But her concerns were softened when she reflected on her own experiences. “Here is the secret,” she said. “I have been at probably every powerful table that you can think of, I have worked at non-profits, I have been at foundations, I have worked in corporations, served on corporate boards, I have been at G-summits, I have sat in at the UN; they are not that smart.” The emperors, as it turns out, really aren’t wearing any clothes.

Realising you’re not alone in this feeling is a first step, but next time you feel like an imposter, catch yourself and change the narrative. Ask yourself what you did to earn it, whatever the ‘it’ is. Don’t dismiss the hard work that got you there, acknowledge it. And don’t put it all down to luck. We all benefit from luck and equally we all suffer because of it, but we probably give it too much credit. It wasn’t luck that got you into medical school, or got you that degree. It wasn’t luck that helped you get that job or build that reputation or receive that prize. It was a little bit of talent and a lot of hard work.

But there will still be rainy days, and on those you might need to be reminded that you’re smarter, more accomplished, more deserving than you allow yourself to imagine. And that’s why I have a file. Maybe you should have one too.