Ten years ago the WHO’s Surgical Safety Checklist was launched promising dramatic reductions in operative mortality. Has it lived up to expectations? 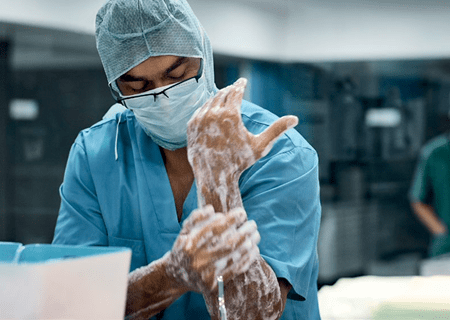 THE genius was in its simplicity.

In 2006 a group of surgeons, anaesthetists, theatre nurses, experts in human factors, infection control and related areas met under the auspices of the World Health Organization (WHO) for the second Global Patient Safety Challenge: Safe Surgery Saves Lives (SSSL). Harvard surgeon and public health physician, Dr Atul Gawande, led the initiative to consider interventions to improve surgical safety in every country across the world – quite an ask.

An estimated 234 million major surgical operations are undertaken each year worldwide and some seven million people suffer complications following surgery, with one million dying as a result. Around half of these complications are thought to be potentially preventable.

The WHO team focused their efforts on the four “pillars” of safe surgical care:

The team recognised that, although standard surgical procedures are undertaken in hospitals and clinics the world over, facilities, equipment and training can vary greatly depending on a range of factors: socioeconomic, political and cultural. So whatever safety measures were proposed had to avoid being resource-dependent.

The result of this work was the WHO Surgical Safety Checklist, launched in 2008. The WHO describes it as a “simple tool designed… to bring together the whole operating team (surgeons, anaesthesia providers and nurses) to perform key safety checks during vital phases of perioperative care: prior to the induction of anaesthesia, prior to skin incision and before the team leaves the operating room”.

Many of the items on the checklist were already routine in most hospitals, such as confirming patient identity, marking the side/ site of surgery, checking allergies and the need for antibiotic prophylaxis, and undertaking postoperative instrument and sponge count. The crucial element was ensuring a consistent approach to checking that all these basic safety measures were undertaken.

A pilot study of the checklist conducted in eight hospitals yielded impressive results over a wide variety of healthcare settings, economic circumstances and diverse patient populations. Over a 12-month period, use of the checklist reduced the rate of deaths and surgical complications by more than a third, with inpatient complications reduced by four per cent and inpatient death rates falling from 1.5 to 0.8 per cent.

Numerous studies have since demonstrated similar improvements. For example, a randomised control trial from Norway published in 2015 compared 2,212 control procedures with 2,263 procedures using the checklist and complication rates decreased from 19.9 to 11.5 per cent and in-hospital mortality decreased from 1.6 to 1.0 per cent.

But not all studies have replicated such positive results. Research published in the New England Journal of Medicine looking at data from 101 hospitals in Ontario, Canada found no significant reductions in operative mortality or complications following implementation of surgical safety checklists. Shortcomings in this 2014 study have been cited – more particularly that it did not record how often the checklist was actually used and also the short (threemonth) study period. However, the WHO acknowledges that the checklist can only be as effective as its implementation.

It is important that all elements of the checklist are carried out consistently – not just in part. A study conducted by researchers at Imperial College of operating theatres in five English hospitals found that on average, only two-thirds of the items were checked and team members were absent in more than 40 per cent of cases and failed to pause or focus on the checks in more than 70 per cent of cases. The authors concluded that performance was better when surgeons led and all team members were present and paused for the checklist.

One of the researchers, Professor Nick Sevdalis, commented: “If it’s used for people to tick the box and say, ‘Oh yes, we’ve done it,’ but without really thinking about the patient, without really informing their team members about aspects of the procedure that are relevant to them, I don’t think the checklist will make any difference.”

The WHO also encourages surgical teams to modify the checklist for local use but urges caution in removing items. It states each step has been included because strong evidence suggests it can prevent serious harm. Any team having difficulty completing a particular item is encouraged to find a “local” solution rather than simply removing it. On the other hand, the checklist should also not be “too comprehensive”, as the more items added to it, the more difﬁcult it will become to implement successfully.

One particular aim of the checklist was to encourage improvement in basic clinical processes, as evidenced in a study from the Netherlands that found an increase in appropriate antibiotic use from 56 to 83 per cent, correct site marking from 54 to 92 per cent, and overall clinical safety processes from 34 to 57 per cent.

Such improvements are also associated with an enhanced safety culture within departments – something rather more intangible but perhaps the greatest ongoing benefit of the checklist.