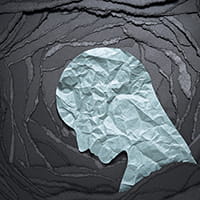 THREE out of four GPs have faced an increase in verbal abuse or aggression from their patients, leading to a huge increase in work-related stress, according to a new survey by MDDUS.

The findings show the impact that Covid-19 infection control measures, such as reducing access to face-to-face consultations, have had on the GP-patient relationship.

The UK-wide survey of almost 2,000 MDDUS members investigated how healthcare professionals’ experiences in the workplace had changed between the first and second year of the pandemic.

Overall, it found that the UK healthcare workforce is now more stressed and anxious than at the height of the Covid-19 health emergency in 2020. And that frontline GPs are struggling the most, with plunging morale and a crisis in their mental health and wellbeing.

Amongst GPs, 38 per cent said verbal abuse from patients towards them and their practice staff had “significantly increased”, with a further 38 per cent saying it had “somewhat increased”.

Consequently, one in two GPs (51 per cent) are considering taking early retirement or leaving their profession all together. The main reasons cited are increased workloads, mental health and wellbeing, and staff shortages.

Chris Kenny, chief executive of MDDUS, said: "The pandemic has stretched our healthcare professionals to the limit. For those at the very frontline it is clear now that the levels of stress have reached an almost unsustainable point.

"GPs urgently need recognition, reassurance and realism to support them so they can reset their relationship with patients.

"These findings should be a wake-up call for policy makers up and down the UK. Their decision-making must factor in the clear connection between adequate funding and support for primary care services and health professionals, and patient safety."

And of those GPs who had experienced verbal abuse or aggression in the workplace, 83 per cent said they were feeling more stressed than they did in 2020 when the United Kingdom first went into lockdown.

The survey also found that female GPs were more likely to face verbal abuse or aggression, with 81 per cent of women doctors saying they had experienced an increase in this kind of patient behaviour compared with 72 per cent of their male colleagues.

Health professionals also remain highly concerned that neither government nor regulators have the right systems and rules in place to deal fairly with complaints made by patients about decisions or actions taken during the pandemic. Across all health professionals, 65 per cent do not think the government is prepared for the impact of complaints relating to healthcare delivered during the pandemic. Amongst GPs, that figure increases to 70 per cent.

In 2021, healthcare regulators reassured registrants that they will take into account the unprecedented conditions created by Covid-19, and this is reflected in the survey results. Yet a significant 49 per cent of all respondents said they remained concerned their regulator wasn’t prepared. Amongst GPs the number was higher at 55 per cent.

Dr John Holden, chief medical officer at MDDUS and a former GP, said: "The results of our survey are distressing. We know GPs work hard to ensure all patients receive care when they need it.

"Being a GP can be one of the best jobs in the world, but right now GPs need to feel valued, supported and empowered.

"In addition, regulators will need to redouble their efforts to communicate to all healthcare professionals that their systems have been revised to take into account the extraordinary conditions doctors and dentists have worked through since 2020."

Anthony Omo, director of fitness to practise and general counsel at the General Medical Council, commented on the survey findings: "There can be no place for any form of abuse in medicine. Everyone is entitled to work, or receive medical treatment, in a safe and inclusive environment and it is wholly unacceptable for family doctors to be subjected to abuse from patients.

"Primary care is operating under sustained workload pressures and for doctors to be subjected to such behaviour only exacerbates the very challenging situations they are already working in.

"We have reassured medical professionals that the exceptional circumstances will always be taken into account should any concerns be raised regarding a doctor or their practice during these challenging times."

The survey was conducted by opinion pollster Survation, who questioned 1956 MDDUS members. Among other findings:

BMA GPC England deputy chair, Dr Kieran Sharrock, commented: "For doctors to be the brunt of violence and abuse in this way is wholly unacceptable; it’s no surprise that GPs feel as undervalued as they do and are considering leaving the profession, as this report and multiple BMA surveys have shown.

"This deeply disturbing trend must be addressed. The Government must not only be honest with the public about what general practice can achieve right now – given the chronic workforce shortages, backlog, and lack of resource – but also actually support the profession so that we can provide the kind of care we want to."