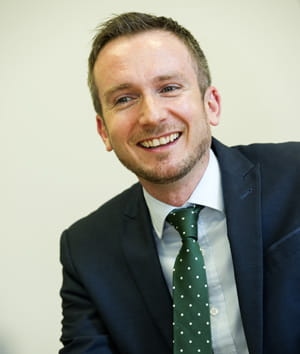 IT is with great sadness that we have to inform you of the death of our dear colleague Scott Obrzud, who passed away in October.

Many of you will know Scott or will have spoken to him on the advice line. He had a tremendous passion for his job and viewed himself very much as a champion for the members. He always approached his work with professionalism and diligence and took great pride in what he did.

Scott began working at MDDUS as a practice adviser in 2013 and helped to pioneer the development of the role. He graduated from Napier University as an RN in 1997 and worked as a surgical nurse in the Royal Infirmary of Edinburgh for five years. He then spent seven years working as a practice nurse in general practice. In 2010 he successfully completed the NES PMVTS for Practice Managers before becoming a practice manager. Scott chaired his local managers’ group for two years prior to joining the MDDUS.

For his colleagues and friends, the office is a much quieter place. Scott had a sharp wit and a real sense of fun (mischief!) and his laughter could be heard across the corridors. He was also very caring, looking out for his colleagues and for members. He was always ready to listen to members’ concerns and do all that he could to assist them. Scott paid attention to all the small details, from the advice he gave, always checking legislation and guidance was clear, to the layout of the office, where he would rearrange the stickers on the year planner and line up his shoes perfectly!

It was an honour and privilege to work with him and he is greatly missed.