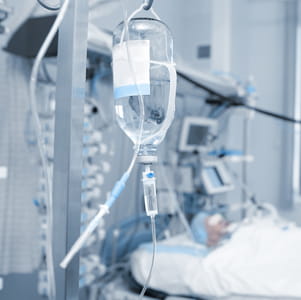 MDDUS welcomes changes to the way the personal injury discount rate will be set in England and Wales as part of the Civil Liability Bill unveiled by the Justice Secretary David Gauke.

Commenting, MDDUS chief executive Chris Kenny said: "We are pleased that these changes will reform the setting of the discount rate to ensure a fairer system all round and we encourage the Scottish Government to follow suit as part of the Damages (Scotland) Bill.

"We have been at the forefront of the debate to put some rationality and hard evidence into the system and so welcome today’s announcement. It is vital that this new framework and way of calculating the rate is now brought in as quickly as possible.

"Both Governments should now commit unequivocally to having a revised rate in place by March 2019 at the very latest. That means appointing the expert panels at the first opportunity and ensuring that deliberations draw on the extensive consultation already undertaken, rather than recapitulating old arguments and adding further delay.

"We fully accept that there must be reasonable compensation for patients harmed through clinical negligence, but this needs to be balanced by society’s ability to pay. By setting the rate with reference to ‘low risk’ rather than ‘very low risk’ investments, this more accurately reflects evidence of the way in which claimants choose to invest their compensation payments.

"This, along with the proposed regular review of the rate at least every three years, gives the market greater certainty, frees up money that could be spent on frontline care and reduces the need for extensive Government intervention in individual markets, with the cost, inflexibility and over-regulation that inevitably brings."

The discount rate is the percentage used to adjust compensation awards for victims of serious personal injury according to the amount they could expect to earn by investing it. Its application is an important part of the calculation of awards and only relates to compensation for future loss. The adjusted awards should put claimants in the same financial position they would have been in had they not been injured – receiving neither more nor less than full compensation.

In February of last year the discount rate was reduced from 2.5 per cent to minus 0.75 per cent, dramatically increasing the size of damages awards with a knock-effect on legal and indemnity costs.

A Government consultation on the issue was followed by publication of draft legislation in September. Changes to the discount rate now being introduced through the Civil Liability Bill will set the rate with reference to ‘low risk’ rather than ‘very low risk’ investments as at present, "better reflecting evidence of the actual investment habits of claimants".

It will also establish a regular review of the rate, the first within 90 days of the legislation coming into force and at least every three years thereafter. An independent expert panel will be established, chaired by the Government Actuary, to advise the Lord Chancellor on the setting of the rate.