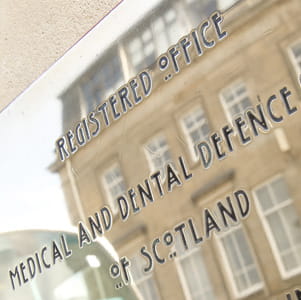 MDDUS is reporting yet another year of growth with significant increases in GP, hospital doctor and dental membership.

Figures from the MDDUS Annual Report and Accounts 2017 reveal a year-on-year increase of 13.7 per cent in total membership. This upward trend has continued in 2018 with active membership at the end of June standing at over 47,000.

Overall GP membership rose by 13.9 per cent in 2017 with those practising outside Scotland making up 73 per cent of the total, reflecting our expertise across the UK. As of June this year, MDDUS now has just shy of 20,000 GP members in total. There was an increase of 11.9 per cent among hospital doctors in 2017, while dental membership also increased by almost 20 per cent.

MDDUS chief executive Chris Kenny said: "Increasing numbers of doctors and dentists are putting their trust in our professionalism, responsiveness and value. Our membership growth has shown no signs of letting up and we now offer our long-established, world-class indemnity and non-claims services to more people than ever before and across a wider range of professions.

"With the twin uncertainties of the discount rate and state-backed indemnity casting big shadows over MDDUS in 2017, we have responded robustly in the interests of our members. We have invested a lot of time and energy speaking to politicians and officials at every level in Westminster and across all the devolved administrations to ensure that our members’ interests are fully understood.

"We have also moved to adapt and develop the services we offer in response to market demand, but we remain focused on our core business of supporting, advising and defending our members.

"We continue to excel in both our claims and regulatory work, rebutting the often mistaken and sometimes malicious claims faced by our members. When members do make an honest mistake, we help put things right quickly and with minimum fuss.

"I was honoured to become a member of the Board of the Association of Financial Mutuals in the course of year. Our membership of the AFM means that we are the only UK medical defence organisation that reports audited results against an external governance code."

MDDUS chairman Dr Benny Sweeney added: "Following the trend of the last decade, our revenue and membership numbers are at the highest in our history and we have cemented our position as the UK’s second largest provider of medical indemnity to GPs.

"Our reserves are more than comfortably adequate to meet both our known and anticipated liabilities: that is, the claims and non-claims matters that have already been reported to us, as well as those where the incident has occurred but is not yet on our radar. For the first time, we show the detail of this within our annual report. Unlike statements from other medical defence organisations, this takes account of the discount rate change and enables us to negotiate the future direction with the government and devolved administrations from a position of strength.”