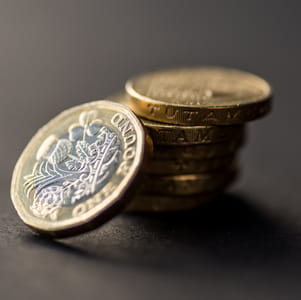 MDDUS has announced a price freeze on the cost of indemnity for GPs until at least 2018.

The move was agreed after Lord Chancellor David Lidington’s welcome statement on a change in the way the personal injury discount rate is calculated.

In the announcement last week, Mr Lidington said that he would expect that if a single rate were set today under the new approach the real rate might fall within the range of 0 to 1 per cent. He also gave a pledge to review the rate at least every three years.

MDDUS has been spearheading the fight against the decision to lower the discount rate from 2.5 to -0.75 per cent in February – a move that led to an increase in the size of compensation payments and very significant new costs for the NHS and doctors and dentists covered by medical defence organisations.

MDDUS Chief Executive Chris Kenny said: “We know that GPs have been understandably worried about rising indemnity costs and the impact they are having on both their own financial position and the future of many in the profession.

"We have fought hard to overturn the short-sighted decision taken in February and welcome the Lord Chancellor’s announcement. Our members have always welcomed our agility, professionalism and value and I’m pleased to say we can now reinforce the already substantial financial security we offer too.”

MDDUS has pledged to freeze subscription rates for GPs until at least the middle of 2018.

Mr Kenny added: "Government made a profound misstep in reducing the rate so dramatically in February, but it is to its credit that it has responded promptly to our concerns, coming up with a scheme that is fair to claimants and defendants alike and gives the market greater certainty.

"We had warned our members that there may have to be further rises in the cost of indemnity during the next few months but I’m delighted to say that will not now be the case. We have confidence that the Government will seek to maintain this momentum and our decision to freeze rates reflects our trust in its good intentions."

This announcement comes as our recently published Annual Report marked a milestone in membership growth, with the number of active members now topping 40,000. MDDUS has become the UK’s second largest indemnifier of GPs, with those practising outside of Scotland now comprising 67 per cent of our GP members.

Figures from the MDDUS Annual Report 2016 reveal a year-on-year increase of 10 per cent in total membership. This upward trend has continued in 2017, with active membership at 31 May standing at over 41,000.

GP membership rose by more than 3 per cent in 2016, with an increase among hospital doctors of more than 12 per cent. Dental membership also increased by over 12 per cent and we now have more than 3,000 GDP members outside of Scotland, reflecting our expertise across the UK.

Mr Kenny said: "We continue to serve an ever-growing number of members – from a wider group of healthcare professions – than ever before. As well as passing the milestone of 40,000 active members, it is also pleasing to record that we now have over 10,000 GPs in membership outside of Scotland – and that is before we count those in training grades.

"We are also pleased to report that 97 per cent of regulatory cases involving members were concluded without a referral to a full hearing at the Medical Practitioners Tribunal or a Professional Committee of the GDC."