...It transpires that Mrs H had been prescribed the NSAID on repeat for 12 years... 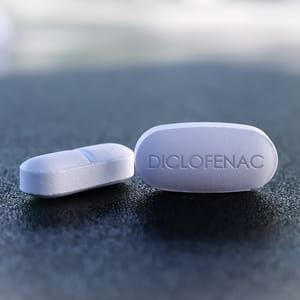 BACKGROUND: A practice receives notice of a complaint following the death of a 75-year-old patient, Mrs H, from haemorrhagic shock. A gastroscopy on admission revealed that she had an undiagnosed duodenal ulcer.

Her brother, Mr C, has raised concerns regarding the prescribing of diclofenac, a non-steroidal anti-inflammatory drug (NSAID) used as pain relief for Mrs H’s rheumatoid arthritis. It transpires that Mrs H had been prescribed the drug on repeat for 12 years. Mr C is unaware of any medication review being carried out and states that Mrs H was not given a proton pump inhibitor (PPI) to protect her gut during that time. Mr C adds that a hospital consultant told him it was “likely” that the long-term use of diclofenac contributed to Mrs H’s death.

Mr C is unhappy with the care his sister received and is demanding answers from the practice regarding this apparent prescribing error.

ANALYSIS/OUTCOME: Mrs H’s GP at the practice was Dr A and he reviews her medical records. He notes that he had made at least three attempts to change her medication but she declined, saying she was happy with the diclofenac. Dr A also notes that Mrs H was not prescribed a PPI to protect against potential gut damage. He accepts that the practice should have been more alert to the impact of long-term diclofenac use.

The practice carries out an SEA and a review of all patients currently receiving repeat prescriptions for diclofenac and those patients are invited to discuss potential alternatives with their GP. It is decided to remove NSAIDs from the repeat prescribing list with immediate effect so that prescriptions can be reviewed each time requested by a patient.

An MDDUS adviser helps the practice to respond to Mr C’s complaint, including an apology and a detailed summary of the steps taken to review/tighten up repeat prescribing of NSAIDs for all patients.

Mr C accepts the response and the matter is closed without further action.