...In a routine consultation a few weeks later Mr K informs the GP that he is now having regular sex with his wife but is using barrier protection... 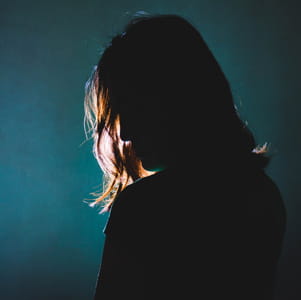 BACKGROUND:A 47-year-old-man – Mr K – presents at the practice with nausea and persistent diarrhoea, along with chronic fatigue. He is subsequently diagnosed with HIV and is referred to a GUM (genitourinary medicine) clinic. Mr K is married but claims not to be sexually active. Both his GP and the GUM consultant urge him to inform his wife of the diagnosis but the patient refuses.

Mr K undergoes treatment and a year later his viral load is undetectable. In a routine consultation a few weeks later Mr K informs the GP that he is now having regular sex with his wife but is using barrier protection. He is again encouraged to inform her of his HIV status but Mr K refuses, saying to do so would lead to the breakdown of his marriage.

The practice contacts MDDUS for advice. Should the GP breach patient confidentiality and inform Mrs K of her husband’s HIV status?

ANALYSIS/OUTCOME: An MDDUS medical adviser directs the practice to GMC guidance on Confidentiality, which addresses disclosure of patient information, and also to more detailed guidance on Disclosing information about serious communicable diseases. This affirms that doctors owe a duty of confidentiality to patients but they also have a wider duty to protect and promote the health of patients and the public – particularly situations in which disclosing information is necessary to protect others from risk of death or serious harm.

In such circumstances, personal information may be disclosed without patient consent and, in exceptional cases, where patients have withheld explicit consent. It is up to the clinician to weigh the harm that is likely to arise from nondisclosure of information against the patient’s right to confidentiality and any harm he or his family may suffer from such a disclosure.

GMC guidance states that you should still seek the patient's consent to disclose if practicable and consider any reasons given for refusal. Should disclosure without consent be judged necessary, you should inform the patient before you make the disclosure (if it is safe to do so). You must also be prepared to justify that decision and document this accordingly.

The MDDUS adviser counsels the practice to consider the risk of potential harm to Mrs K in having had a sexual relationship with her husband prior to his diagnosis and treatment, and whether disclosure to her would be reasonable and proportionate. The adviser also explores the practice’s concern about Mr K’s account that, prior to his diagnosis, he and his wife were not sexually active and whether there remains a risk that she has previously been exposed to HIV. Keeping a clear record of the justification behind any decision to disclose patient information without consent will help avoid any subsequent criticism or regulatory action.

In this case, the GP meets again with Mr K and sets out the need to inform his wife, and he agreeds to do so in a joint consultation.

...The letter of claim alleges that Mr K was not informed that he would be undergoing open surgery, nor was there any discussion of the risks/benefits of the procedure...

...The letter claims that had Mr U been referred to hospital he would have undergone an MRI scan which would have identified a paracentral disc protrusion compressing the cauda equina...